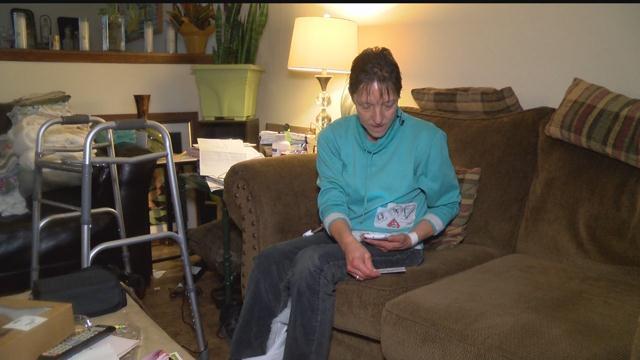 It's been almost a week since a Glendale woman was brutally attacked by two dogs.

Local leaders are using this attack as a way to keep pet owners accountable in the City.

The Mayor of Glendale is demanding all dog owners control and contain their pets better, and Mayor Kennedy said the breed of the dog doesn’t matter.

Otherwise, an owner in violation could end up paying thousands of dollars, and if needed, their dog could be put down.

Dawn Sorensen-Braun is home from the hospital after two dogs attacked the 53-year-old Glendale woman outside her home on Shasta drive last Friday.

The dogs were being looked after in the neighborhood while the owner was out of town and got loose.

Braun said she tried to pull her dog Charlie from a fight with the pair in her backyard, and they attacked.

"There was a laceration around his neck that fortunately wasn't any deeper than it was," Braun said.

Braun is currently on a vac machine to help grow new human tissue on her right leg.

The imagines of her original injury are too gruesome to show.

Mayor Bryan Kennedy is working to a draft a stricter ordinance for owners who can't do a better job of keeping their dogs locked up.

"If you're a pet owner you need to secure your home," Mayor Kennedy. "A pretty stiff fine, we're talking in the thousands of dollars. And if a dog is deemed unsafe, then yeah the city will say that dog has to be put down."

"You never know what your dog is going to do to a person even a friendly dog," Braun said. "Sometimes something sets them off, not knowing what it is, and you have to be really careful."

Police say one of the dogs moved aggressively toward an officer last week, and was shot and killed.

CBS 58 checked in with Glendale police to see if the owner will have pay any fines and so forth, but we have not heard back.