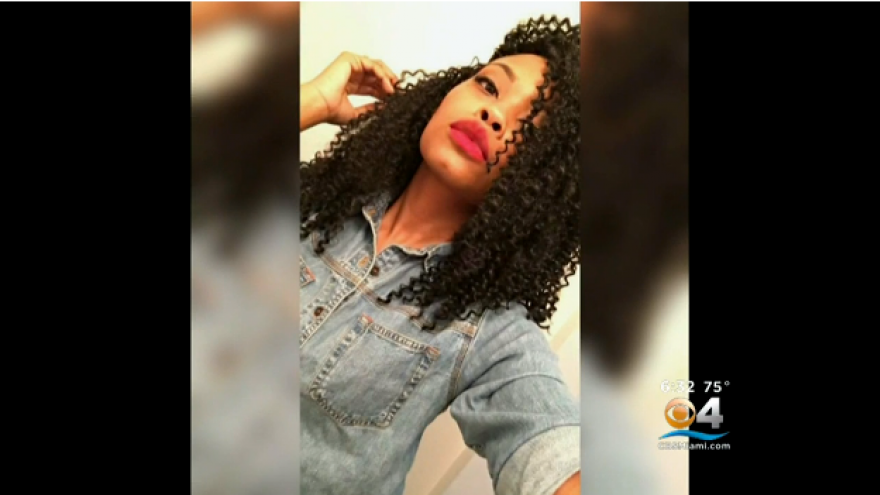 MIAMI (CBSMiami) – A night out ended in tragedy when a young woman was killed and four others hurt in a shooting.

The girls had just finished celebrating at a birthday party when gunshots rang out. One of the victims is in ICU. The other victims are at Jackson Memorial North and Aventura Hospital in stable condition.

Friends stood outside the hospital trying to figure out how a night of fun on a party bus turned into deadly chaos.

Friends identified Jasmine Dixon, 21, as the victim who died. Police confirmed the death hours later. Dixon was a friend of the girl celebrating her birthday.

“I don’t know, it happened so fast,” said Runika Jean-Gilles. “I don’t know if it was people that was at the bus stop, or people that came after the bus party. We just heard gun shots, it was coming from all directions.”

Miami-Dade Police investigators said their party bus was dropping off a group at the Golden Glades Park and Ride when someone opened fire. As chaos erupted, people began to flee the parking lot in their cars. There’s evidence that there may have been accidents in the process.

Quanisha Hepburn, 18, was one of the girls wounded. Her mother said she was shot in the abdomen and back. Danesha Goulbourne, 17, suffered wounds to her right shoulder, right arm, right side of her neck and clavicle.

Two other people, Kandisha Rodgers, 23, and Lakeesha Hayes, 20, were possibly struck by cars trying to get away from the area.

“I’m hurt,” said Karina Font. “They are my close friends, I grew up with them. That’s sad. That’s dead wrong.”

Police are looking for the shooter or shooters. They’re also looking for the driver of a white or silver vehicle, possibly a Hyundai or Kia, with damage to the front-passenger side.