Girl Scout recovering after being shot by stray bullet 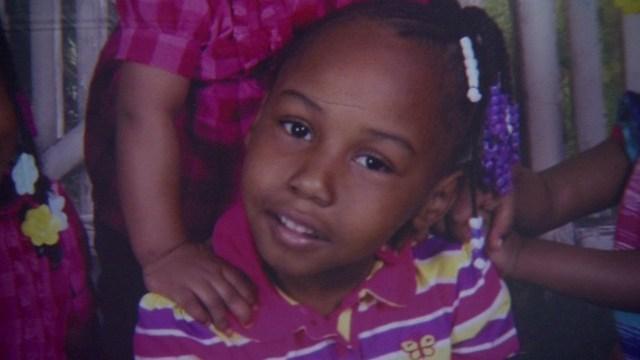 Indianapolis, IN (WXIN) -- A 9-year-old girl is recovering after being shot by a stray bullet Tuesday in front of her home on the north side.

Sinai Miller, 9, was walking outside with her sisters to sell Girl Scout cookies on Tuesday evening when she was shot in the leg. She was taken to the hospital and released Tuesday night.

\"I heard three gunshots and then one of them hit me in the leg,\" Sinai says.

She's back at home and resting with her family. She has a dressing on her left leg to cover the bullet wound. She says it doesn't hurt much now, but it did when she was shot.

\"She came in screaming, 'Mommy, mommy. It hurt. It hurt.' And I'm like what hurt? What's wrong. So when I pulled her pant leg up, that's when I discovered she was shot,\" says Sinai's mother, Shanita Miller.

\"She's brave. She's very brave,\" Shanita says of her daughter. Sinai can't walk on her own yet, but is excited to get back out and sell Girl Scout cookies.

The family is hoping for justice.

\"So that won't happen to someone else's child so they won't experience the hurt and pain that not only me but my child, experienced,\" says Shanita.

Police are still looking for the person who pulled the trigger. Witnesses told them someone driving a blue Ford Expedition fired shots in the direction of men standing outside the Retreat Cooperative apartments near Westlane and Michigan roads. One bullet hit Sinai in the leg and another hit an apartment building door.

A spokesperson for Girl Scouts of Central Indiana released the following statement:

I am so sad that one of our Girl Scouts was shot in the leg last night during a random act of violence in her neighborhood. Our thoughts and prayers are with her and her family.

Unfortunately, one in seven school-aged girls has experienced violence in their own neighborhood. Nothing is more important to our organization than ensuring the health and safety of girls. We cannot complete our mission to build girls of courage, confidence, and character, who make the world a better place when they are afraid to play in their own neighborhoods. As a society, we need to do better to ensure the safety of all children in all communities.

I am steadfast in my commitment to working with other organizations to improve the safety of our children, and ask that you stand with me in this effort.

Sinai's Girl Scout Troop leader brought her get well presents from her troop. You can help Sinai sell Girl Scout Cookies or send her a letter by clicking here.