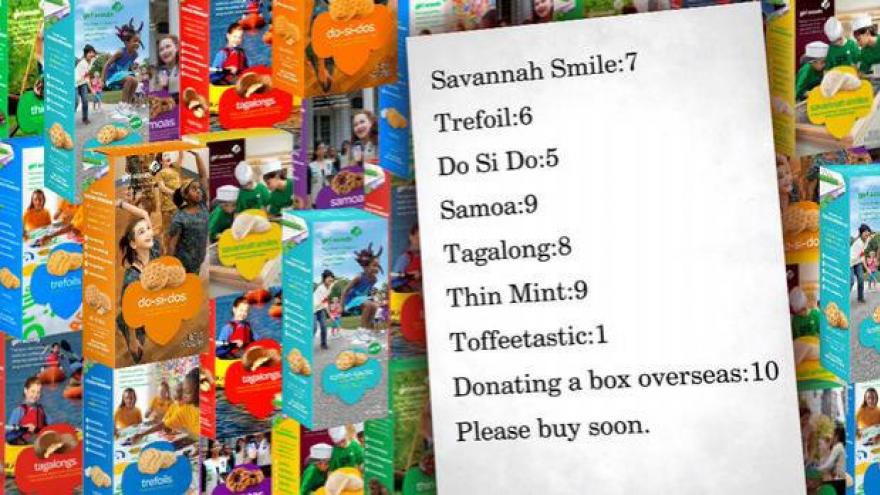 (CBSNews) SOUTH ORANGE, N.J. -- Of all the things a little girl can aspire to be, 11-year-old Charlotte McCourt of South Orange, New Jersey, says the most important is to be truthful.

“Yes, it’s like a core feeling,” Charlotte said. “Because if you’re not honest, then what are you?”

Charlotte says the first eight words of the Girl Scout law are: “I will do my best to be honest.” So when it came time to peddle her Girl Scout cookies this year, she decided to tell her customers the whole truth.

In a letter to one customer that went viral on the internet, she wrote, “The Girl Scout Organization can sometimes use false advertisement.”

She then graded the cookies. She gave the Do-si-do a 5 for its “unoriginal bland flavor.”

Charlotte saved most of her venom for the dreaded Toffee-tastic. She gave it a 1 for being “A bleak, flavorless, gluten-free wasteland. It is as flavorless as dirt,” she wrote.

As you might expect, brutal honesty like that can have a dramatic impact on sales. Charlotte was hoping to sell 300 boxes this year, but she got nowhere near that.

When we visited last week she had already sold more than 23,000 boxes -- a Girl Scout record.

How does she explain it? “Truth in advertising,” Charlotte said.

Apparently honesty has become such an aberration, the truth so sadly missed, that when all these people read Charlotte’s letter they felt compelled to support her.

It was before Charlotte wrote the letter.

“So then she gave them to her friend who … has a gluten allergy.”

So there is your hope, America: That even in a world of fake news and alternative facts, honesty can and will prevail.