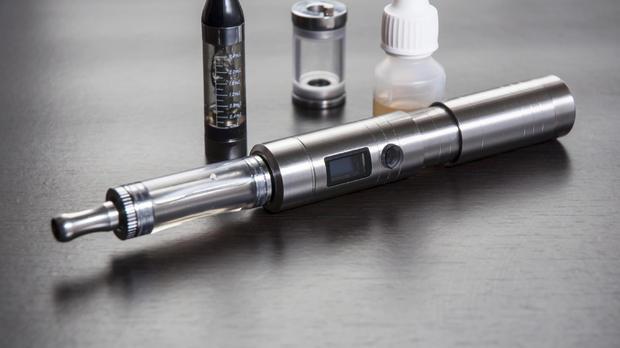 (CBSNews) -- Police say a teenage girl riding a Universal Orlando amusement park ride suffered burns when an electronic cigarette belonging to another rider exploded and shot a fireball at her.

Police told the Orlando Sentinel the 14-year-old from Tennessee was riding the Hogwarts Express train Saturday with her family when an e-cigarette belonging to a rider in another group blew up in his pocket and the fireball hit her in the face and elsewhere.

The girl was taken to the hospital with mild to moderate burns on her face, arm and leg. Her name was not released. The owner of the device suffered minor injuries.

Lt. Dan Brady said the explosion wasn’t big, but scared everyone on the train.

This isn’t the first report of e-cigarettes malfunctioning and injuring people. In January, an Orange County, California, teen suffered first- and second-degree burns when an e-cigarette exploded in his pocket.

A man from Colorado Springs was severely injured in November 2015 when an e-cigarette exploded in his face, leaving him with a broken neck, facial fractures, burns to his mouth, and shattered teeth.

In the spring of 2015, CBS Los Angeles reported that a Santa Ana man was injured after his e-cigarette blew up in his hands. The explosion sent half of the device into the ceiling, starting a fire at his apartment.

Last year, the federal government banned e-cigarettes from checked luggage on aircraft because of the potential fire hazard.

E-cigarettes work by heating liquid nicotine and other ingredients that add flavor, for example, into a vapor that can be inhaled. The devices have been promoted as a method to help regular cigarette smokers kick the habit, but in July, The Wall Street Journal reported that some lawyers and e-cigarette users say the $3.5 billion industry isn’t doing enough to address the potentially-hazardous lithium-ion batteries in the products that can unexpectedly explode.

The Food and Drug Administration, said in May it would begin regulating e-cigarettes, and found 134 reports of overheating, fires and explosions of the devices in the U.S. between 2009 and January 2016, The Wall Street Journal said.