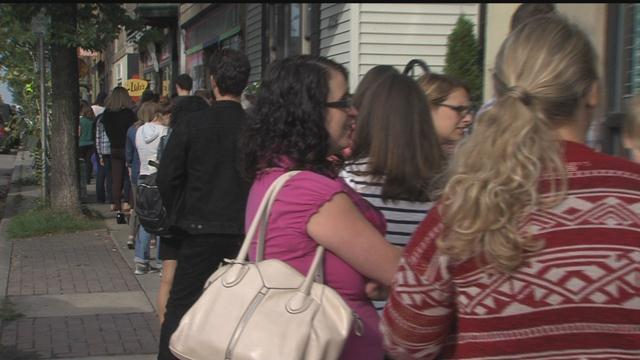 Two local coffee shops had lines out the door this morning and they have the t-v show "Gilmore Girls" to thank, along with free coffee!

The fast paced show centered around a mother and her daughter ended a few years ago, but it's being revived this fall and, as a promotion, Netflix transformed Fuel Cafe in Riverwest and the Sherman Perk in Milwaukee into "Luke's Diner" a favorite hangout on the show.

We found folks who grew up watching the show and were big fans, others just tagged along with friends.

Many had their babies in toe, for the long line for a fresh cup of Joe.

A jovial atmosphere greeted customers at Fuel, which says it expected a turnout, just not as big as what was actually realized.