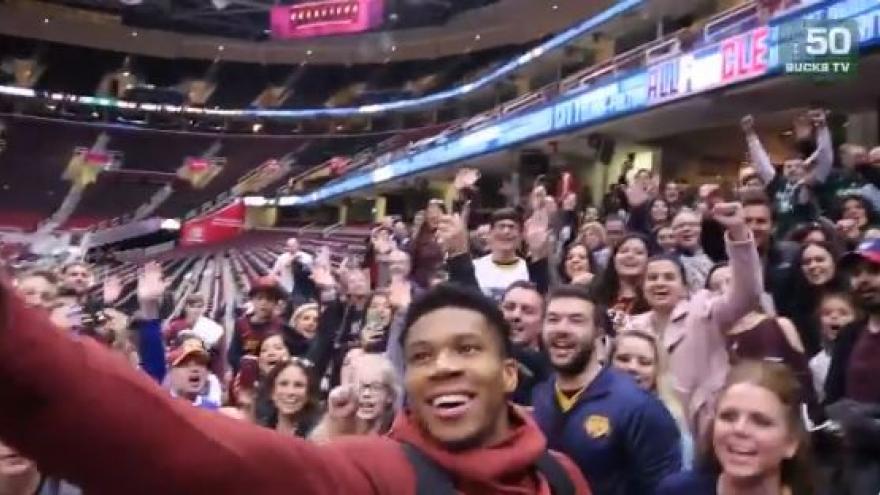 CLEVELAND (CBS 58) -- After Tuesday night's five point loss to the Cleveland Cavaliers, Giannis met with a group of Greeks who came out to the game in Cleveland.

When Giannis came back onto the court dozens of his fans were there to meet him.

In a video posted by the Bucks on Twitter Giannis can be heard saying, "You can't all be Greek" to which the group responds by singing the Greek National Anthem.