Get ready for ALS Ice Bucket 2 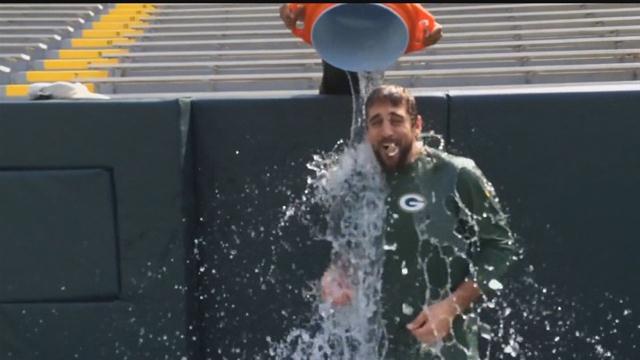 From celebrities to politicians, to the folks who bring you the news, many people stepped up the challenge or dumping a bucket of ice water on their heads and challenge others to do the same and donate money in the fight against the disease.

Get ready for Ice Bucket 2 this August.

Melanie Roach-Bekos, Executive Dir. of the Wisconsin ALS Chapter, was a special live guest Wednesday on the CBS 58 News at 4:30 p.m.

\"There was this disease underfunded and ignored for 75 years and the ice bucket put it on the front page,\" she told CBS 58 Anchor Michele McCormack.  \"Everybody that donated locally, the money stayed in Wisconsin to help ALS patients and their families.\"

Roach-Bekos said the money raised made a difference through a grant program, a loan closet or support groups that make it easy as possible once a person has been diagnosed.

ALS has the tendency to isolate because it takes your speech and your ability to walk. But the ice bucket challenge told patients they are not alone.

Roach-Bekos says the decision has been made to hold the challenge every August until a cure is found.

She invited all viewers to get a camera,  an ice bucket and three friends ready.

It doesn't have to be an elaborate bucket challenge, just heartfelt.

\"It's just about participating and knowing you're making a difference.\"

Roach-Bekos has long been involved in the effort and feels the best about progress now than she's ever felt before.

\"I feel more hopeful than I ever have before. Last year was a game changer to see the world behind us. I know we can do this. There are amazing families out there that are counting on us. We owe it to them and their children.\"

Those who take part should post on social media using #versusALS

For more information on the ALS Wisconsin Chapter click here