Germantown Police search for suspect after fatal hit and run 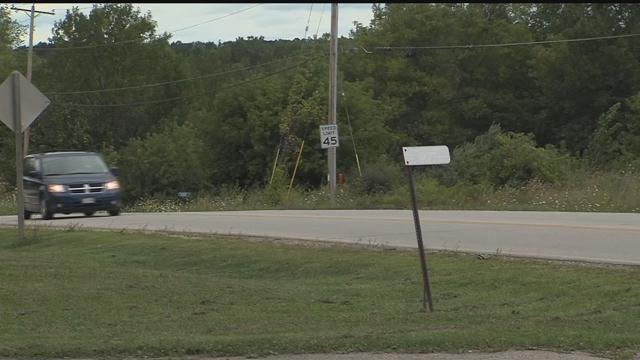 Germantown police are asking for the public's help finding the driver responsible after a fatal hit and run near Appleton Avenue & Mequon Road last night.

Germantown police say a local family is now grieving after a 50 year old bicyclist, identified as Keith Habenicht was found dead just a short distance down the road, hit by a car around 8:00 last night.

\"They struck the bicyclist and just kept going. Did not stop did not slow down just continued traveling south. Didn't appear to be any hesitation,\" said Police Chief Peter Hoell.

Hell says the driver didn't stop, didn't think twice after hitting the 50 year old father who was fairly close to home but never made it.

\"You've got a family that's devastated: a 12 year old boy and a 17 year old daughter, wife and parents who lost their loved one,\" said Hoell.

He says it doesn't appear to be the bicyclist's fault

\"It seemed like he was doing everything he should be, he was on the shoulder of the road and he had lights on. The lights were still on after the accident,\" said Hoell.


Police say they've got an idea of what happened because the crash on Appleton Avenue was recorded by a nearby businesses surveillance camera.

\" It was a substantial impact, they would have known they hit somebody,\" said Hoell.
.
Police aren't sure if the driver was under the influence or why he or she left the scene but they are sure of one thing

\"Obviously there's a malfunction of the thought process in whomever drove the striking vehicle. But it happened and now it's time to deal with it and take responsibility,\" said Hoell.

And are certain that person will face the consequences.

\"The fact that you didn't even pull over, the fact that you were going at a high rate of speed, when you collided with a bicyclist and never slowed to see what you just hit, it's going to be a factor when it comes to sentencing,\" he said.

Police say based on parts left at the scene they're looking for a 2004 to 2006, dark color Mazda 3 sedan with extensive front-end damage.

If you know anything about this, give Germantown Police a call.