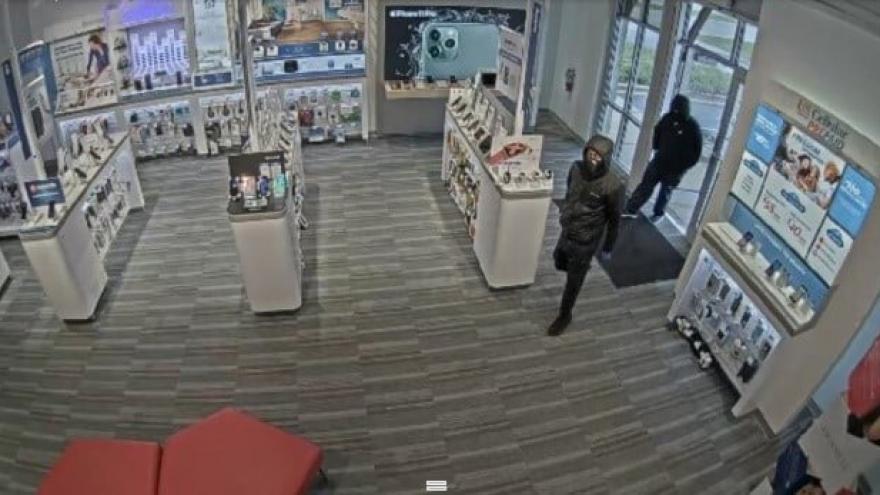 It happened at the US Cellular near Appleton and County Line around 4 p.m. on Friday.

The two suspects are described as younger black males, both wearing darker clothing, hooded sweatshirts, and blue or purple gloves.

One male was described as being heavyset and approximately 5'10.

The other suspect is described as being skinnier and around 6'02.

The suspects were last seen traveling north toward Appleton Avenue after they left the front entrance.