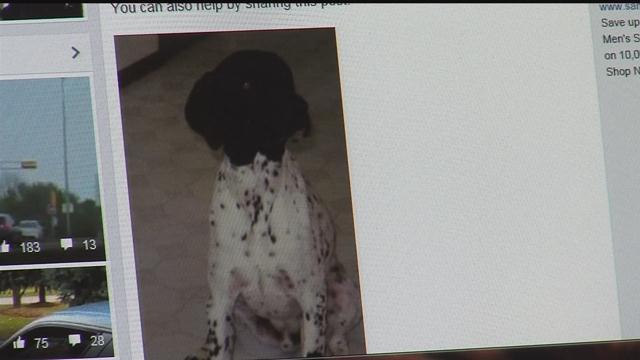 Four-year-old Kiwi is a German straight haired pointer. Police said he disappeared Thursday morning after he and his owner were involved in a car accident at this intersection Mequon Road and Country Air Drive.

We had a chance to speak with his owners on Friday, and they tell me there have been reported sightings very close to where the wreck happened. We should mention two other German Shorthair Pointers were in the car at the time.

But we're told Kiwi is the one who got away through a broken window. Animal experts say it's hard to know what shape and if he's scared or not. So they recommend handling him very carefully if you see him.

Kiwi weighs around 60 pounds.  He has a brown face with brown spots all over his body. If you spot him remember do not chase it. Instead call the Germantown Police Department or the Washington County Humane Society.