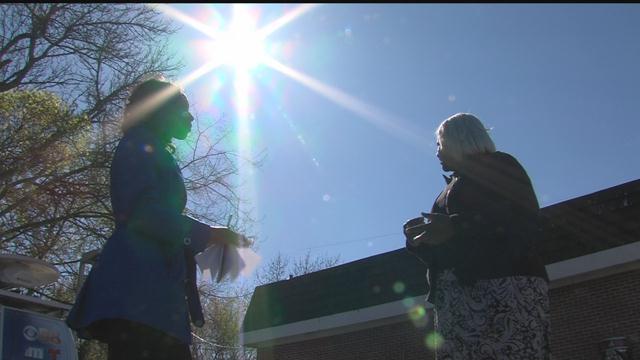 But they tell us, they're doing nothing wrong, saying these tactics are needed to stem violence in a high-crime area.

Last week, in a CBS 58 exclusive, Diane Stowers said her gas station at 8th and Atkinson lost $600,000 last year because of police harassment. She took her concerns to District 5 leaders in January, but hasn't heard anything since, until now.

Thursday, just days after our original story aired, Stowers had her first meeting with the new district five captain, Tim Heier. She believes the story is pushing police to move forward, but she still has concerns.

"Like when they broke the car windows that night, the story you ran, we asked them why did they do that?" she said. "They [police] said because they feared for their lives. That's kind of worrisome."

Stowers is talking about surveillance video from last summer.

Bike cops roll up on a car parked at the pump while the driver was inside the store. The officers try to open the car doors, but when they can't, they start swinging batons at the windows.

Another person in the car speeds off.

Stowers said it's common for customers to be searched at the gas pump and then let go. She showed us video of a case that happened Wednesday.

Stowers said the district five captain didn't say that policing practices would change, but communication would be better, telling her officers would make an effort to stop inside and get to know people in a peaceful way.

For Stowers, only time will tell.

"I like to look at people's actions rather than hear their words because you can change your words, but your actions are going to show what you're really about."

Stowers said no follow-up meeting was scheduled with police. CBS 58 has tried to reach MPD for comment, but tell us they will deal with Stowers directly and not talk to the media.