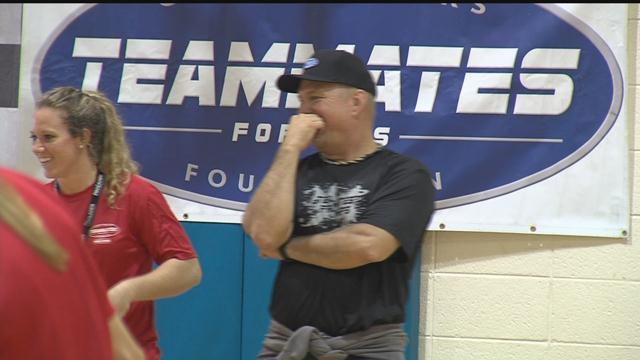 A long day Saturday for country superstar Garth Brooks in Milwaukee. He's about to start the second of two shows Saturday night at the BMO Harris Bradley Center. And early Saturday, he made an appearance at one of the elite sports camps he's established for kids.