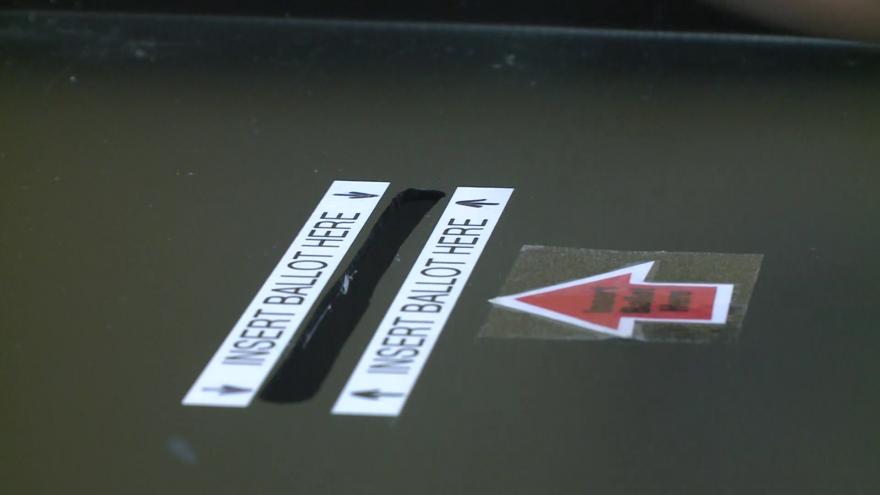 Ann Jacobs, the Democratic chair of the Wisconsin Elections Commission, confirmed with CBS 58 that the subpoenas are seeking emails, information about voting machines, and records related to specific voters.

The Milwaukee Journal Sentinel first reported the development in Gableman's investigation that has been prolonged for months.

The subpoenas where dated on Tuesday, Dec. 28 also request documents from a handful of nonprofit groups that work with the state election officials and asks for "any and all information about individual voters."

This is the latest round of subpoenas issued by Gableman, who was given at $676,000 taxpayer budget for his review.

City officials in Madison and Green Bay's IT departments were also severed by Gableman on Wednesday, Dec. 26th. It seeks voting machine serial numbers, information related to software updates on computers, and any communication with Dominion Voting Systems, but both cities currently do not use Dominion.

Milwaukee County Clerk George Christenson said he believes the city will soon receive a similar subpoena requesting election records from the city treasure and its IT department. As of Monday afternoon, officials could not confirm if the subpoenas were sent noting city hall as been temporarily closed.

A Dane County judge is expected to make a ruling by Jan. 10 whether or not previous subpoenas Gableman issued to the WEC administrator Meagan Wolfe are valid.

Attorney General Josh Kaul, representing Wolfe, requested a restraining order arguing Gableman lacks the authority to force election officials to testify in private instead of in front of the Assembly Elections Committee.

The judge's decision could impact Gableman's investigation and how much longer it lasts.

In recent weeks, Assembly Speaker Robin Vos has said he will likely sign an extension to continue Gableman's investigation since his contract is set to expire on Friday.

Vos also told CBS 58 this month that it's possible the 2022 spring session may run later than usual to incorporate aspects of Michael Gableman's election investigation when drafting new bills.