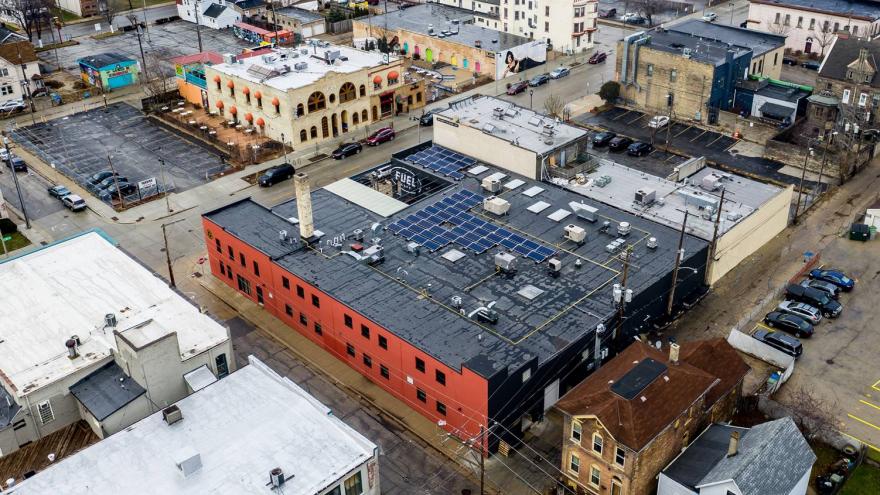 The restaurant is one of only three in the city of Milwaukee to use them.

"On a sunny day, it could offset about 100-percent of the cafe’s needs,” said Catie Malcheski, project developer for SunVest Solar.

Sixty panels were installed on the cafés rooftop. They used a low-tilt design to maximize solar output, while decreasing the restaurants energy bills -- an average of $4,300 per year.

"Restaurants are very energy intensive to operate, and while these panels will provide just a fraction of the power needed to operate Fuel Café, they will reduce operating costs."

The total cost of the project was about $44,000, but the business was able to get rebates and tax credits. The investment will pay for itself in about five years.

"This building just seemed perfect for that kind of investment," said owner, Leslie Montemurro. "It's a large space, so anything we can do to eliminate bills and our footprint on the environment is worthwhile."

The solar energy system has a lifespan of 25+ years.

"We have established a goal of having 25-percent of our electricity generated by renewable energy sources by 2025, so we're looking at a wide array of options that'll allow us to have more solar energy, more wind energy, right here in the city of Milwaukee."

Meanwhile, solar energy could soon be coming to city buildings. The Public Works Committee has recommended legislation that would install panels to Central Library, Center Street Library, and Tippecanoe Library. The legislation will be taken up by the full Common Council later in February.