Frozen Pipes Can Be The Biggest Enemy for Homeowners These Days 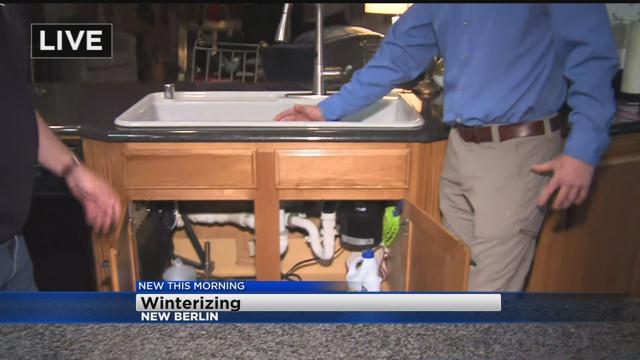 A flooded home because of burst pipes is probably the last thing you want to think about, especially when it's so cold outside.  But unfortunately, you might fall victim to this if you're not careful.  Jacob Andersen with Roman Electric spent a little time with me during Wednesday's morning show about preventative measures to avoid frozen pipes.

He says if you have piping exposed to the outside wall make sure to open the cabinet doors to allow warmer air to circulate through the area.  Also it's a good idea to trickle the water, both the hot and cold nozzles, to prevent freezing. If you do have frozen pipes, there's one sure sign you have a problem.  Water won't flow freely.

For problem areas, he also recommends heat guns and tape to slow or stop freezing pipes.  Also, he says to make sure your outside hose faucets are properly winterized.