Frost, freeze, hard frost, hard freeze. They are common terms thrown around this time of year as temperatures dip down into the 30s and 20s but what's the difference and what do they all mean? Monday morning we saw a fairly widespread frost across southeast Wisconsin with some spots getting below 32* and we even had an upper 20s. Here were the lows we saw: 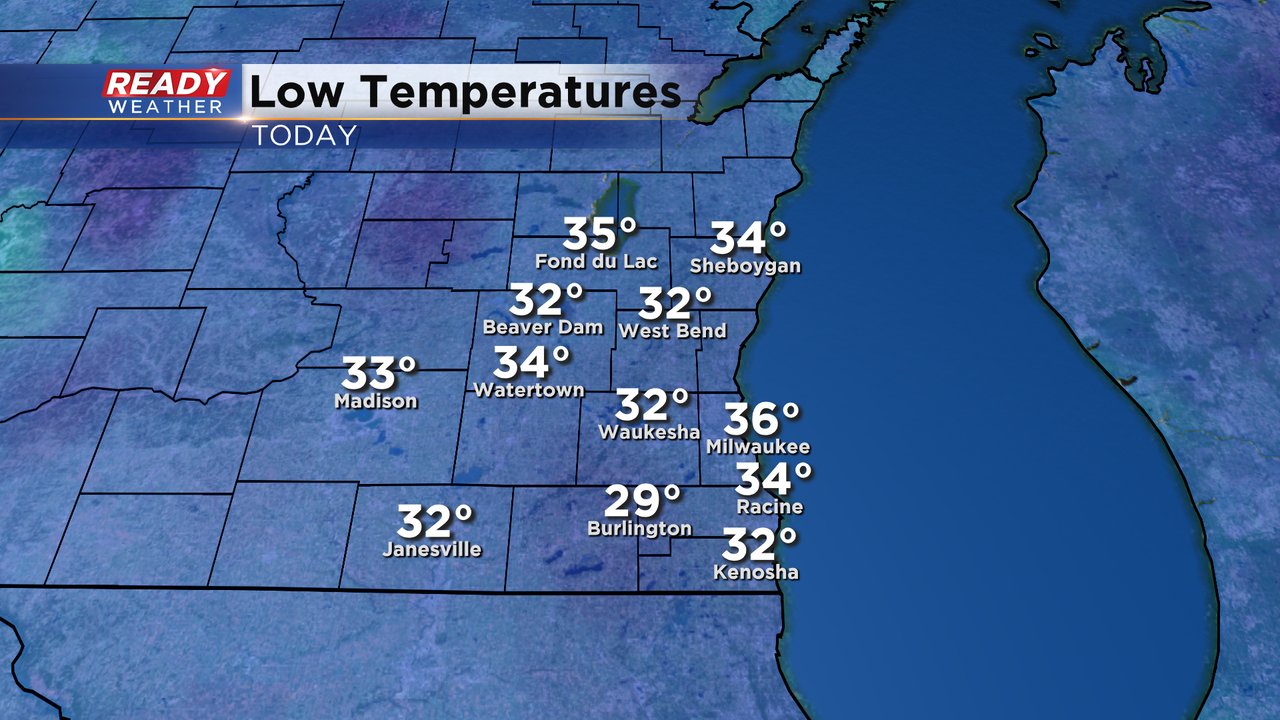 With some inland counties getting down to freezing and others getting there last Friday, it's right around average for the time they see their first lows at or below 32. For Milwaukee and some lakeside and southern communities the average first freeze comes during the second ten days of the month. 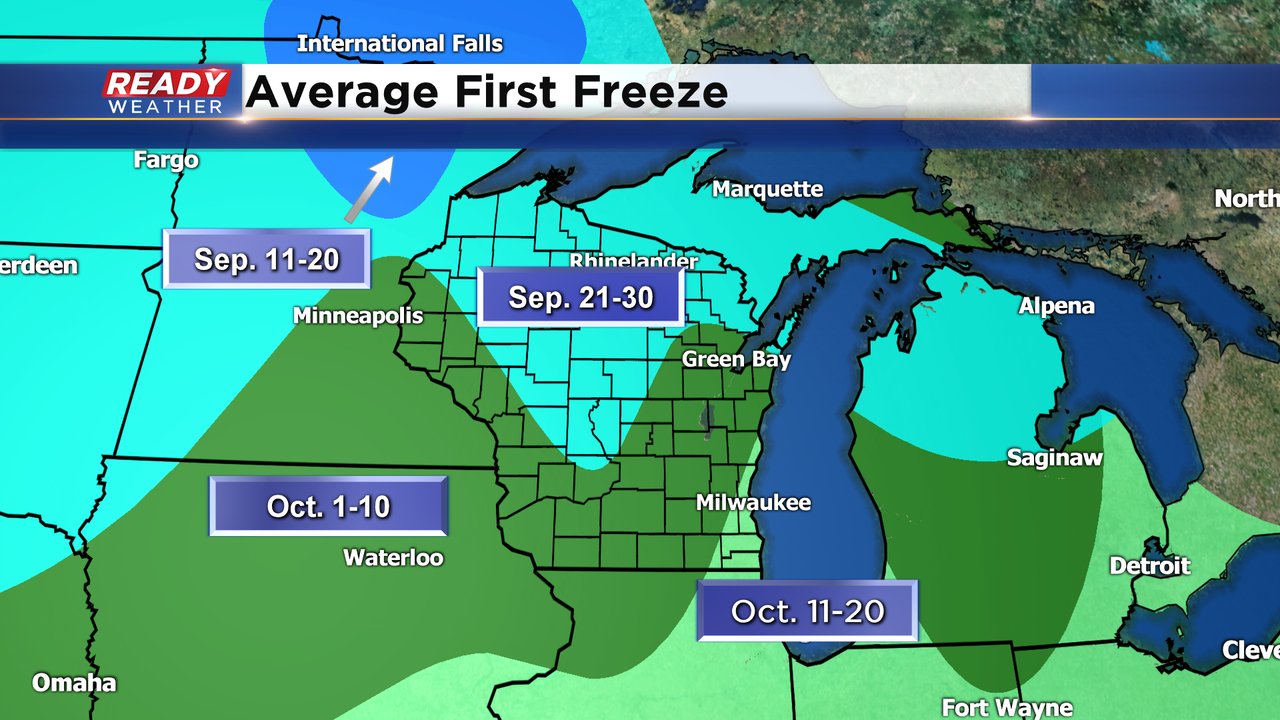 Frost happens when the temperature gets down to 36* or colder. But, just because the low hits 34 or 35 doesn't mean you'll see frost. Frost also has a lot to do with the amount of moisture in the atmosphere measured by the dew point. If the dew point is super low and we have dry air overhead then frost isn't likely. But if the air temperature is around 34* and the dewpoint is at 32* then the moisture content is high which allows ice crystals to form in plants causing them damage.

After a frost some of the stems or buds of the plant will die but the whole plant usually survives. That survival chance decreases as the temperature continues to drop. Sensitive plants, like petunias, will die when the temperature gets down to 32* for a few hours, but some hearty plants will survive. 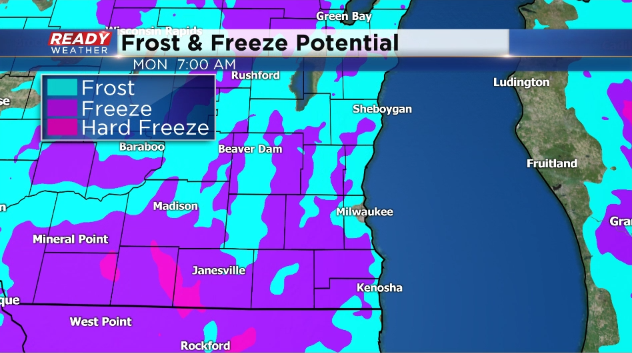 Our frost/freeze potential graphic, shown above, also has a category for "hard freeze". This can also be known as a "hard frost" or a"killing frost/freeze", and usually signifies the end of the growing season. The temperature threshold for this is 28* when most plants die above the root and corn and soybean crops stop growing. Milwaukee averages its first 28* low on November 5th but for Waukesha it's October 22nd.

You can also have a freeze without a frost. If there's dry air overhead but the temperature drops to 30* then most plants will have died because a freeze happened but you may not see any white frost on the grass because the air is too dry for frost to form.

After waking up to frost Monday morning, we have no more chances for frost over the next week with lows staying in the 40s and 50s. Download the CBS 58 Ready Weather app to track the full 10-day forecast.