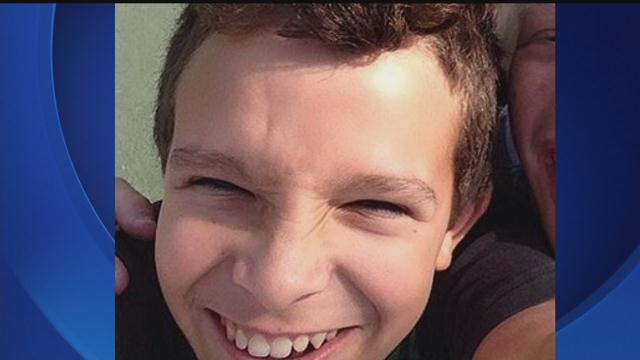 Quinn Richardson’s friends passed by a memorial that was set in his honor at the intersection of 70th and North Avenue in Wauwatosa.  Richardson died was riding his skateboard, he lost control, fell onto the street and was struck by an SUV Monday (Oct. 26).

Luke Wilfer met Richardson at the start of the school year at Longfellow Middle School. He said it was a sad day at school and there were counselors available to help them cope with the loss.

“Quinn he was never mean to anyone,” Wilfer said. “I think he laughed the most of anybody in school. “

“He always told funny jokes to people, he had a really nice soul,” Wilfer said. “It was really sad to hear that he had passed.

Laura Goeckermann has a son who’s the same again as Richardson. She didn’t know the young boy but stopped by the memorial to drop off her son’s favorite stuffed animal.

"My heart goes out to the parents and the family and his friends, to everybody involved with his family, the victim,” Goeckermann said. “This poor little boy had his whole life ahead of him and my heart is touched by this so I thought I would come and just add a little something in remembrance of him."