Friends Raising Thousands of Dollars for Student Who Fell from Waterfall 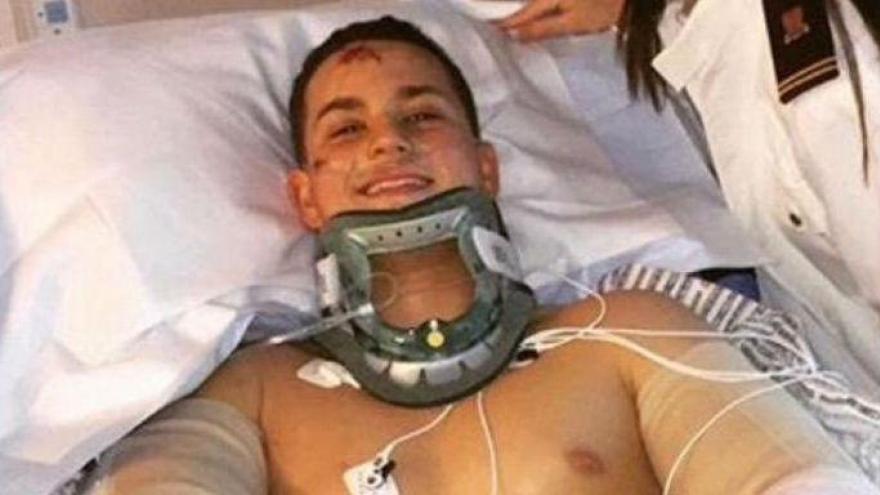 BLACKSBURG, Va. (WSAW/WDBJ) -- A Virginia Tech student is still recovering after falling off the waterfall at the Cascades in Giles County, Virginia. Now, his friends are trying to help with medical bills.

Chris Elmer's friends who visited him this weekend said he has a lot of broken bones, will need multiple procedures and is in quite a bit of pain. He has a good attitude about it and didn't suffer any brain or spinal injuries, which is amazing to his friends, considering what he went through.

"He was on the edge waving to us and then he actually turned around, started to walk back and that's when he actually slipped. It was really hard to watch. He fell 60 to 70 feet, obviously, and as soon as he fell, I just assumed the worst," said Mike Magill, who was at the waterfall Friday.

Magill and another friend helped stabilize Elmer with the help of an ICU nurse who was at the falls Friday. They needed to keep him still for two hours waiting on emergency crews.

"There were probably 20 to 30 people there and they're all just standing there in circles praying," Magill said. "Actually, I was asking people for shirts to prevent him from getting hypothermia. Everyone just immediately took their shirt off and gave them to me."

When he left by helicopter Friday night, no one was sure of his condition. Friends who weren't even there were afraid for Elmer's life.

"I was in shock. Initially, the thoughts of him not surviving it, him not making it out was just a terrible feeling," Fellow Virginia Tech student and member of the Corps of Cadets Jacob Yancey said.

Yancey, along with others who visited Elmer over the weekend, started a fundraising campaign on the website Tilt, a popular college site. He was nervous about setting the goal to $10,000, thinking it would be asking too much. They surpassed it in less than 24 hours.

"We're obviously overwhelmed with the response from the community," Yancey said. "It just shows what this place is all about."

"I literally have never met a kid that does not absolutely love Chris Elmer. He brings a smile to the room wherever he goes. It makes me really happy that everyone else thinks so as well," Magill said.

As of Monday night, the fundraiser had brought in nearly $14,000. But his friends are hoping for as much as possible. Elmer is the son of a single mother, and with all the procedures, ambulance and airlift expenses there will be a lot of costs.

Tilt only allows fundraisers to be open 10 days, so that's how long they'll keep it up. You can see the fundraiser here.

Read the original version of this article at wdbj7.com.