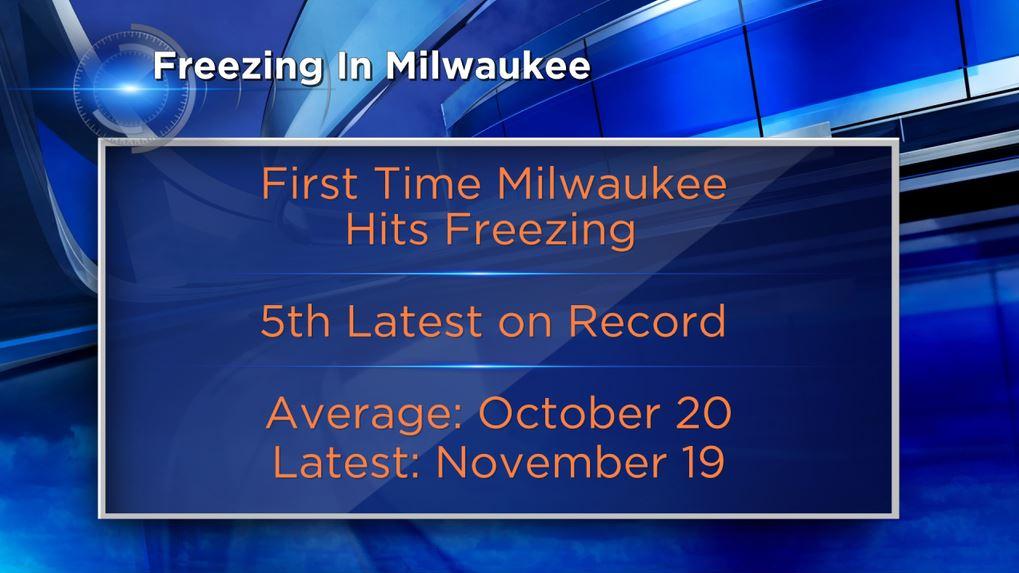 So far this fall the weather has had more ups than down and more above average temperatures than below average. October ended with three cold days including the coldest high temperature of the season of 46° on the 29th. The beginning of November started 20°+ above average with highs mostly in the lower 70s, before temperatures got chilly this weekend. 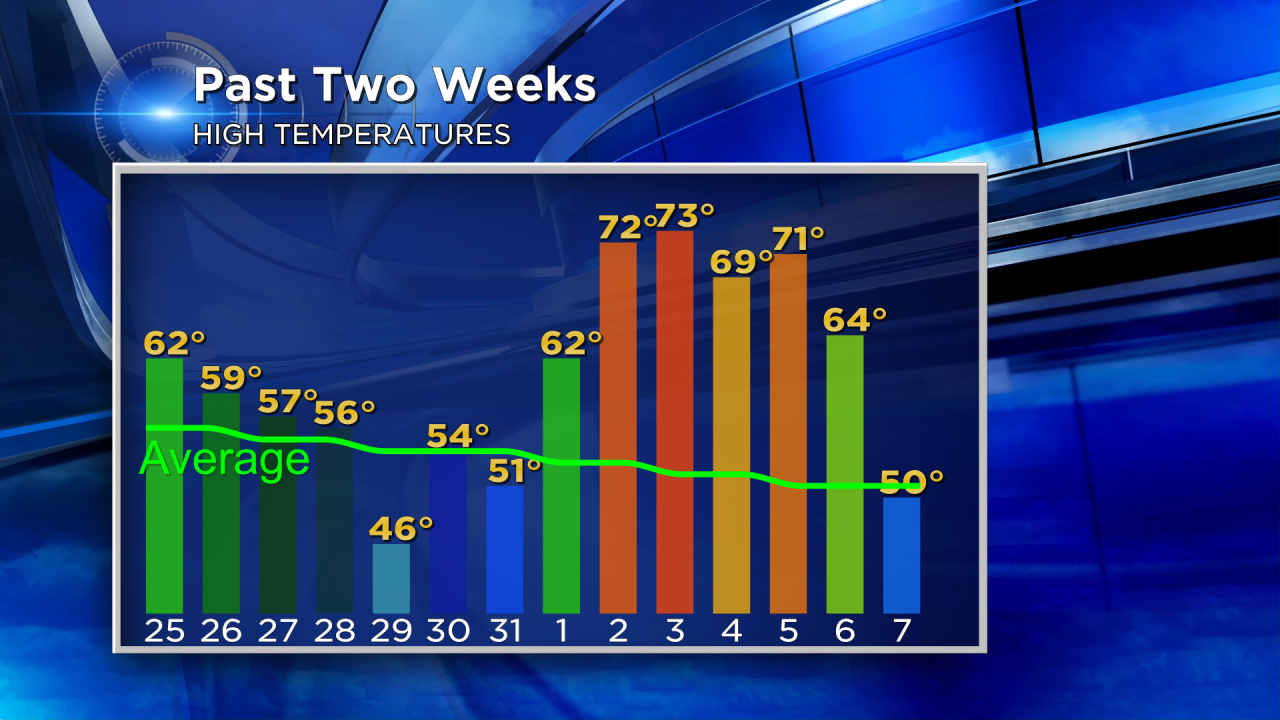 Temperatures Sunday morning were the coldest they have been all season for some with most dropping into the 20s and Milwaukee holding out in the lower 30s.

Sunday was the first time Milwaukee officially made it at or below freezing this season. On average the Milwaukee feels its first at/below freezing day on October 20. This year's first freezing date of November 9 is the 5th latest occurrence on record. The latest occurrence of 32° or below in Milwaukee is November 19 which occurred in 1985 and 1994. In 2005 we saw our first 32° on the 10th and in 1938 it hit 32° on the 9th. 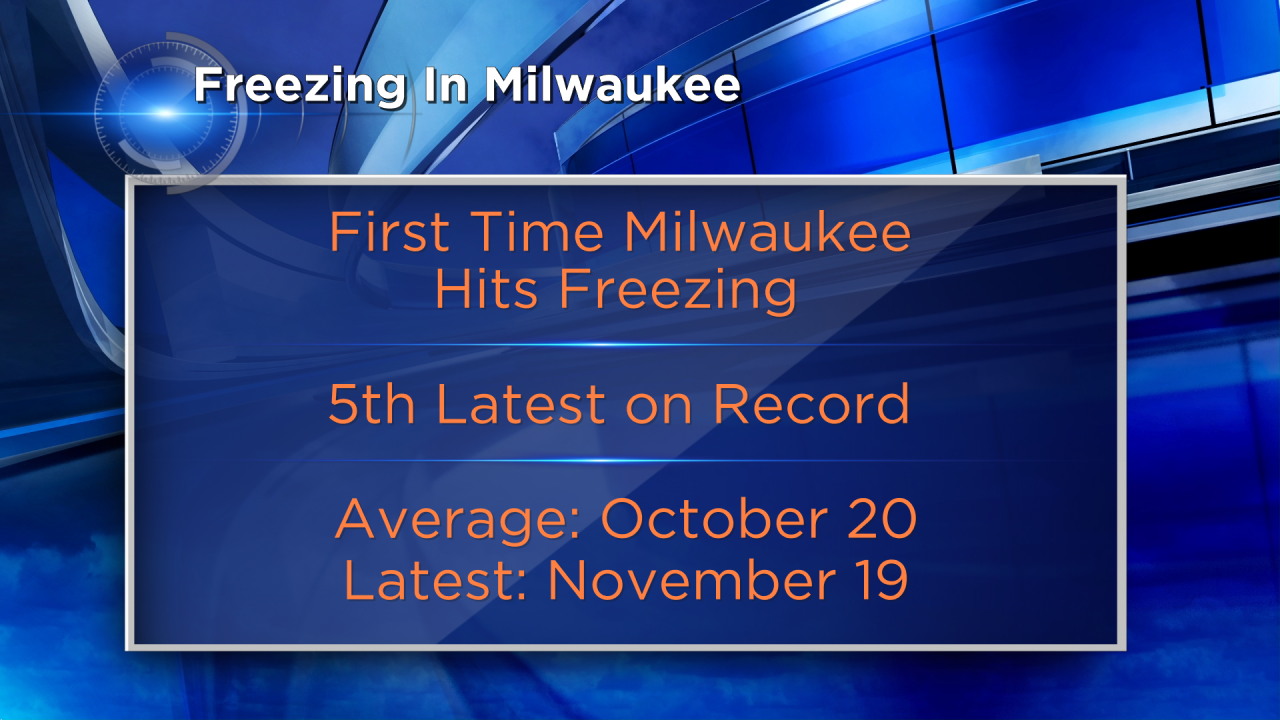 After the chilly weekend temperatures are expected to climb back above average with some places reaching 60 by mid-week. The next cold blast arrives Friday with a forecast high of only 42° and a forecast low Saturday morning of only 31°.