NOW: Freedom Fighters and families of those killed in officer-involved shootings hold rally in Milwaukee

Families of those killed in officer-involved shootings marched on Tuesday afternoon.

"This needs to stop with the police. It's tearing the black community apart."

They started at Red Arrow Park, the scene of one of the officer-involved shootings in Milwaukee.

Members of the group called 'Freedom Fighters' took part and joined the families of Jay Anderson who was killed in Wauwatosa and Sylville Smith whose fatal shooting in Sherman Park sparked two days of unrest last summer. 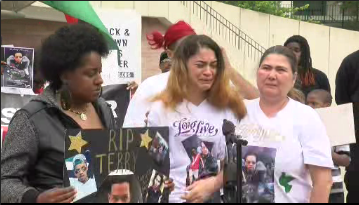 Also, there were the loved ones of Jermaine Claybrooks and Terry Williams whose deaths at the hands of law enforcement are still being reviewed.