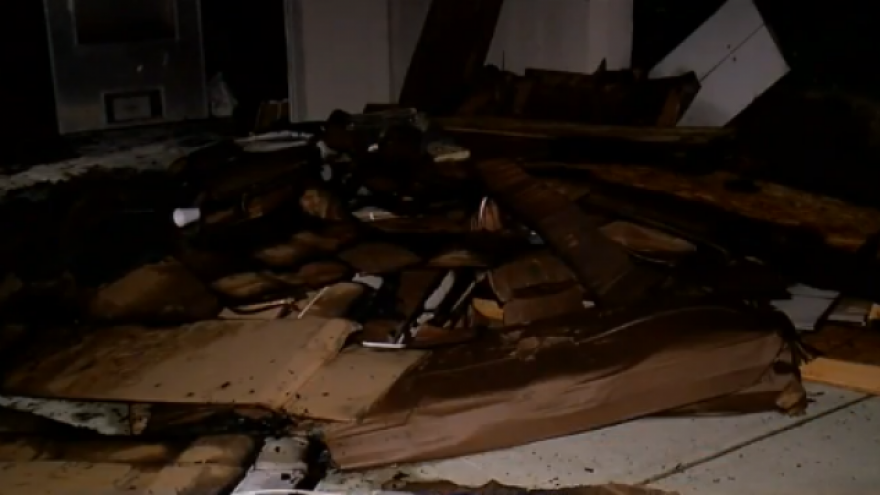 \"My operator was in the process of cremating remains and (the body) was overly obese and apparently it got a little hotter than the unit is supposed to get,\" Catchen said. \"One of the cremation containers that we had close got caught on fire and that's what burnt.\"

When fat in the body burned at a higher temperature than usual, the too-hot flames spread to nearby containers and parts of the surrounding room, he said.

\"We believe there were some combustible storage boxes that were too close to the ovens,\" Washington said.

The fire began at about 9:40 p.m. It took District 3 first responders about two hours to douse the flames. Catchen said his business at 525 Martin Luther King Drive is \"fine\" and there was no serious damage.

\"The containers that we use -- that we have to place the remains in to cremate them -- that's the only thing that's burnt,\" he said.

Fortunately, crematoriums are highly fireproof; no other bodies or parts of the building were damaged by the fire, Catchen said.

The danger of fires when cremating obese bodies isn't an entirely unknown issue for the funeral service profession: \"As you may realize, when a morbidly obese person is cremated, there's a danger of what can only be called (in layman's terms) a 'grease fire,'\" according to Caleb Wilde, a licensed professional who runs the blog Confessions of a Funeral Director.