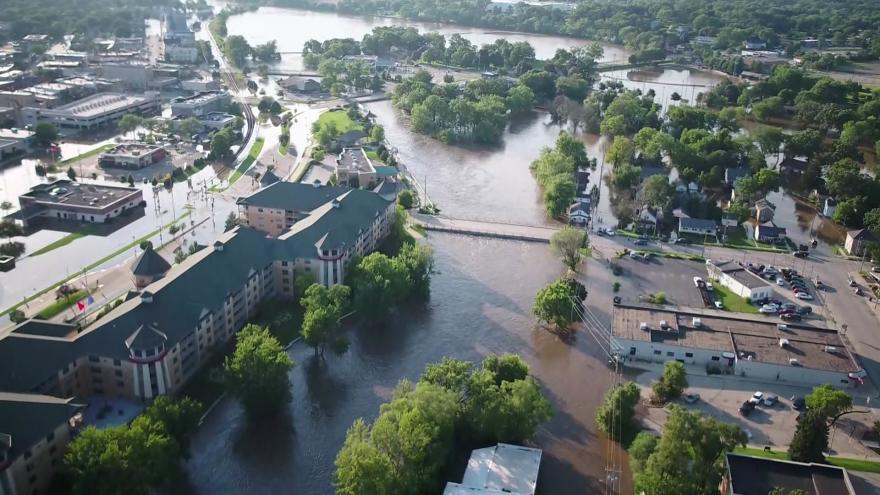 Torrential rain fell in parts of Walworth, Racine and Kenosha Counties Tuesday night causing historic flooding. Five days later that flooding is still ongoing and in some spots is expected to continue for at least another week.

More severe storms did roll through southeast Wisconsin Saturday night, but luckily the areas heaviest hit by Tuesday night's rain only picked up a tenth or two of rain. Drops compared to the eight plus inches some saw Tuesday night. 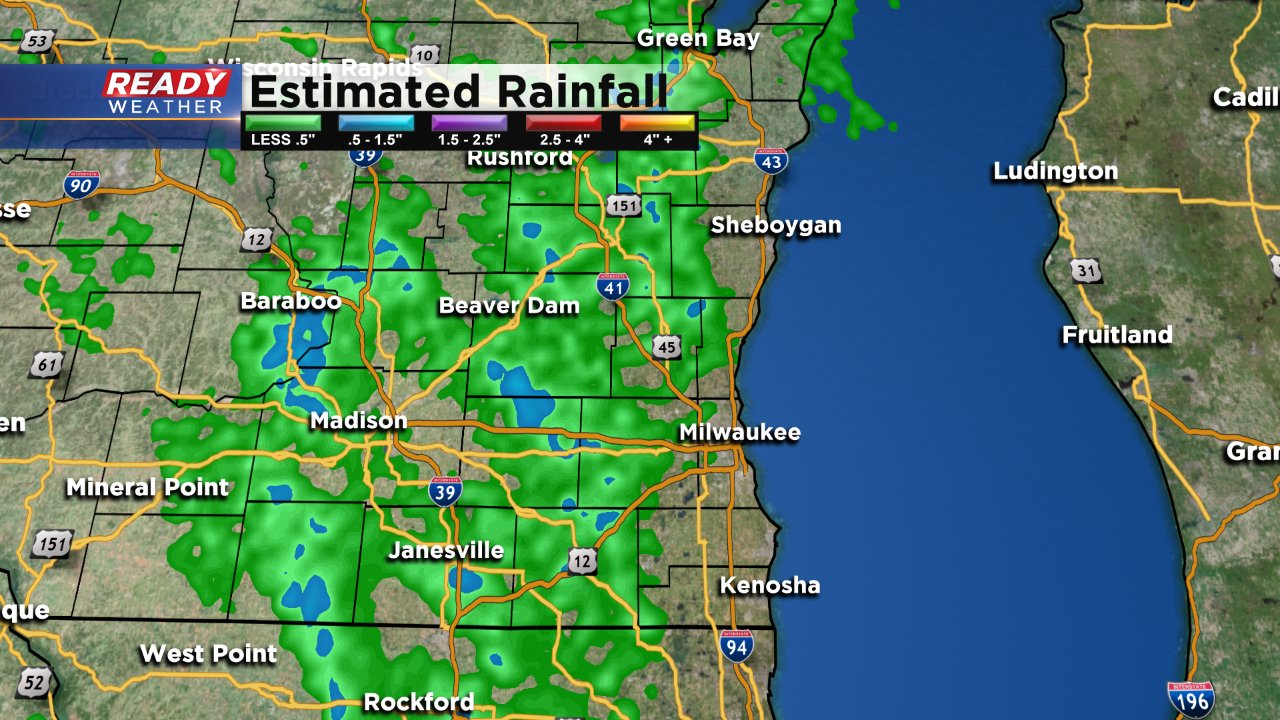 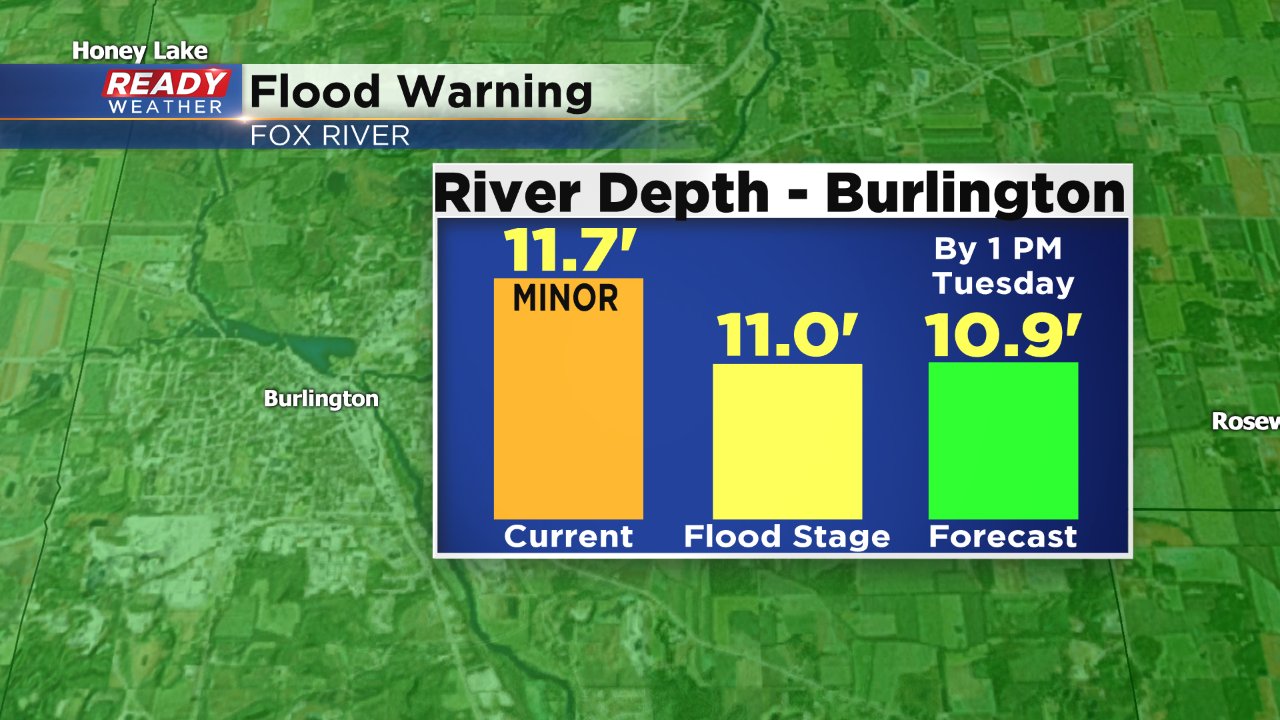 Although New Munster didn't see as much damage due to flooding, the river actually rose higher there than in Burlington. The Fox River in New Munster crested at a record 17.5 feet Thursday morning before beginning to recede. As of Sunday afternoon the river is still in major flood stage with a depth of 15.3 feet. The river at New Munster will fall into moderate and minor flood stage throughout the week, but it will take over a week for the flood waters to subside below flood stage. 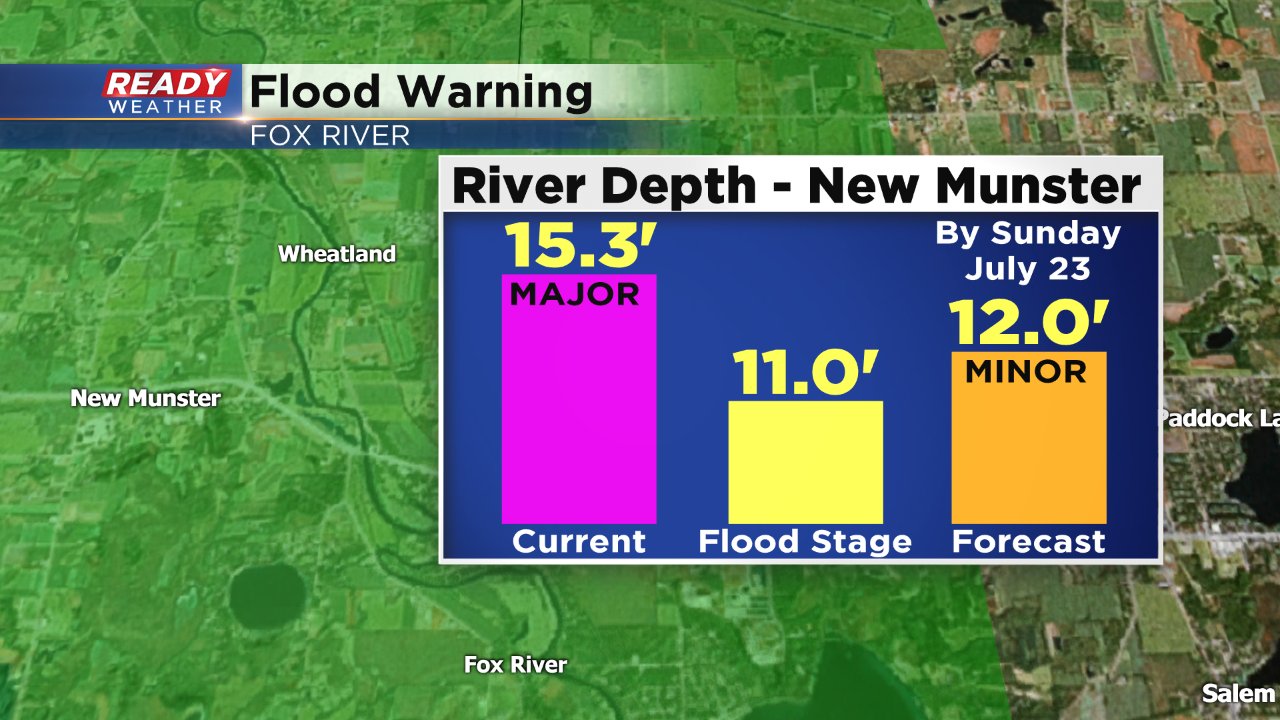 These river forecasts are contingent upon no additional rainfall. The next 48 hours through Tuesday night will remain dry, but then storm chances return. Scattered storms are in the forecast starting Tuesday night and lingering through the weekend. heavy rain and even severe storms will be possible.