Fourth night of protests in Wauwatosa sees 8 arrests, no damage or injuries 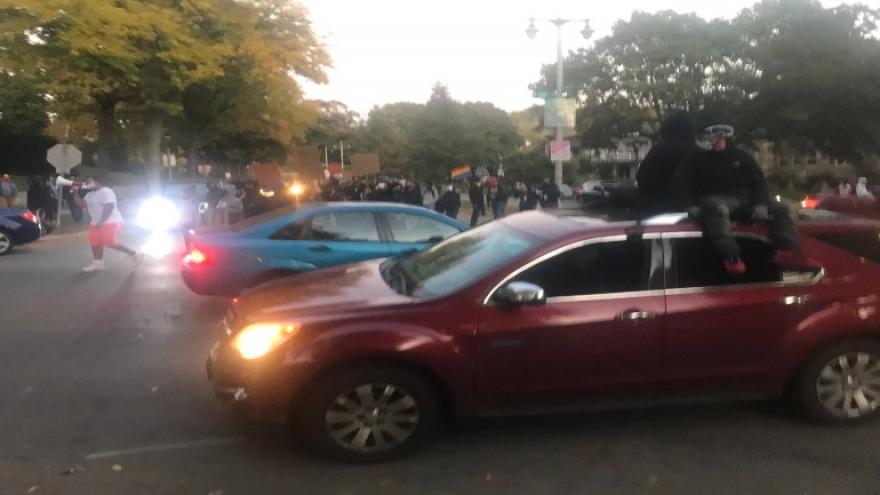 WAUWATOSA, Wis. (CBS 58) -- Crowds seem to be dispersing after the fourth night of protests in Wauwatosa following the decision to not charge Officer Joseph Mensah in the shooting death of Alvin Cole.

Police say officers arrested a total of eight people and there were no injuries or property damage reported Saturday, Oct. 11. The night before, 28 people were arrested.

According to a news release, around 5 p.m. nearly 30 people gathered in Washington Park and a group of nearly 50 people gathered outside of Wauwatosa City Hall. The groups collide and grew to nearly 100 people, mostly on the north lawn.

Due to the growing crowd, police say law enforcement personnel requested that the Wisconsin National Guard deploy to the area of City Hall to assist with crowd control.

At 7:17 p.m., officers stopped a car with a stop stick due to reckless driving at 73rd and North. The suspect was taken into custody after a brief foot pursuit.

At 7:30 p.m., officials say police declared an unlawful assembly and began making announcements to the crowd. Some departed and left peacefully, therefor the number of law enforcement personnel and Wisconsin National Guard were reduced as well.

At 8 p.m., law enforcement personnel began to advance towards the remaining crowd encouraging them to leave. Officials say most of the remaining protesters departed while others remained on the sidewalk. Police say a "handful" of protesters disobeyed the lawful orders and in total, eight were arrested.

"We thank the crowd for largely complying with the lawful orders to disperse and continue to ask that all citizens comply with the emergency order in place by remaining away from City of Wauwatosa public spaces during the hours of 7:00 pm and 6:00 am on Sunday, October 11 to ensure the safety of all members of our community," the Wauwatosa Police Department said in a news release.