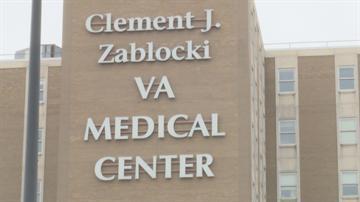 The criminal complaint says Wright admitted to having prescriptions for oxycodone and percocet.   She told police she would sometimes sell those pills to Driscoll for five dollars each.  She also admitted to giving pills away a handful of times.

Driscoll told police he also had prescriptions for narcotics too.  He said he would give other nurses those pills, but never sold them.

Both Jermaine Cohill and Alicia Ojeda admitted to taking pills from the suspects, but also claim they never sold them.

\"There were no veterans involved and after thorough investigation here, we referred the case to  the Milwaukee County District Attorney's Office,\" VA Medical Spokesman Benjamin Swain said.

That referral led to charges released Friday.  Forty-six-year-old Yvette Wright faces the most prison time for two counts of delivering a narcotic.  Conviction could mean up to 30 years behind bars.

Driscoll faces six years for intent to deliver prescription drugs.  The other two face narcotic possession charges worth up to three-and-a-half years in prison.

\"For privacy reasons, we cannot talk about the status of the employees right now,\" Swain said.  \"They are still employees and that's all we can speak to as far as that goes.\"

Driscoll sent an email statement to police after the investigation, saying \"I do admit to making some bad and unwise decisions in the past, but have tried and continue to grow from my mistakes.\"

All four suspects have not yet appeared in court and are not in custody.