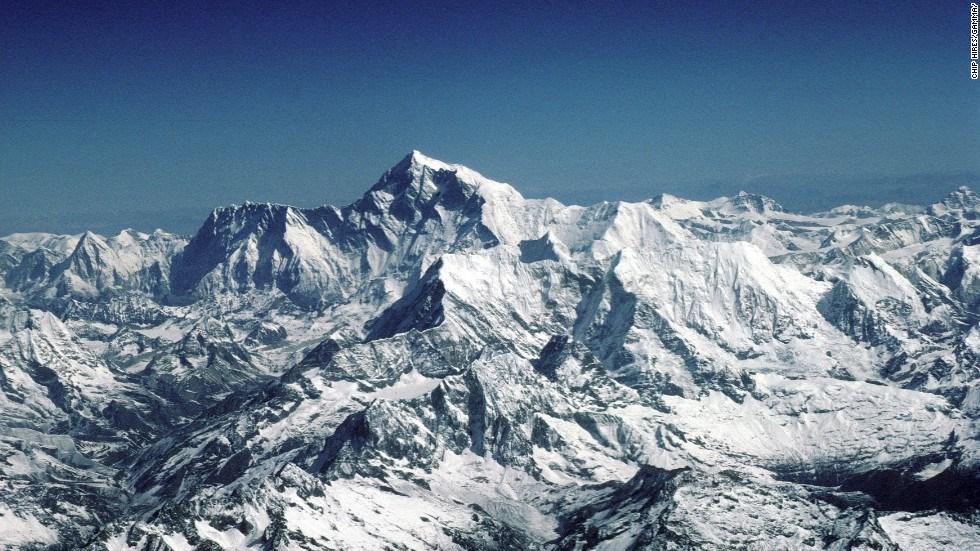 (CNN)Danger has long been part of the allure of climbing the world's highest peak.

Avalanches killed 35 climbers on Mount Everest the past two years -- including 16 in one devastating day in 2014. At least one person has died climbing the mountain in Nepal every year since 1900.

And now the 2016 climbing season has claimed its first victims.

Since last Thursday four people have died on the 29,035-foot peak, including a Sherpa. Rescue efforts are ongoing for two other missing climbers.

"Everest is a mountain of extremes," said Jon Kedrowski, a geographer and climber who summited Mount Everest in 2012, when 10 climbers died. "At altitude, the body deteriorates on a certain level.

The recent deaths -- coming so quickly on the heels of one another -- have rattled climbers who are beginning their descent as the Everest climbing season nears its end. April and May are the most common months to attempt a climb because there tends to be less wind. Regardless, the climate on the mountain is brutal. Temperatures range from -31 to -4 Fahrenheit.

April was the first month of climbing since all ascent was halted after the catastrophic earthquake that struck Nepal in 2015 and a deadly avalanche that killed 16 Sherpas in one day in 2014. More than 200 climbers have died since Tenzing Norgay and Edmund Hillary made the first official ascent in 1953.

And yet the hopefuls keep coming. More than 400 people have attempted the Everest climb this season, including 288 foreigners and more than 100 Sherpas and guides, said Sudarshan Dhakal, director of the Nepal Tourism Department. That's more than the average for previous seasons, he said.Crew member Phurba Sherpa (no relation to the journalist of the same name) fell to his death. The 25-year-old had been working to fix a route about 150 meters near the summit when he fell, according to Mingma Sherpa, the Nepal rescue team leader who was at the Everest Base Camp.

The Sherpa people are an ethnic group from Nepal who have lived in the high altitudes of the Himalayas for generations. They have long served as guides whose local expertise has been invaluable for foreigners attempting Everest climbs.Eric Arnold, 36, of the Netherlands, died at night while heading back after a successful summit on Everest, according to Tashi Lakpa Sherpa, the owner of Seven Summit Treks. A heart attack was suspected, he said.Arnold was a triathlete based in Rotterdam, according to his Twitter bio.

While it's unknown what might have caused Arnold's apparent heart attack, one of the first steps for anyone considering an Everest trek is to consult a doctor for a full evaluation to screen for any pre-existing conditions, experts say.

If Kedrowski is leading a peak expedition, he screens his clients and designs training programs to help them prepare for the journey. When altitude is a consideration, cardio is the emphasis, rather than strength, Kedrowski said.

The elevation at Everest Base Camp is 17,590 feet, an altitude that decreases oxygen by about 50%. Before attempting a May summit, Kedrowski recommends arriving at base camp toward the beginning of April to acclimatize for a few weeks.

Well aware of the hazards of climbing Everest, Dr. Luanne Freer founded the Everest Base Camp Medical Clinic in 2003. Physicians with mountaineering medical expertise and volunteers staff a medical tent during each climbing season.An Australian woman, Maria Strydom, who was also traveling with the Seven Summit Treks, started suffering altitude sickness. She had reached Camp IV, the final camp before the summit.Strydom, 34, could not climb any higher and a rescue attempt to reach her failed, according to Tashi Sherpa. The finance professor at Monash Business School in Australia died Saturday before she could come back down to Camp III.

High-altitude cough and acute mountain sickness, which can mean headaches and shortness of breath, are common among Everest climbers, Kedrowski said.Strydom gave an interview with the school in March detailing her ambition to climb the highest summit on each of the seven continents. She had already climbed Denali in Alaska, Aconcagua in Argentina, Mount Ararat in eastern Turkey and Kilimanjaro in Africa. She had planned to climb Everest with her husband, inspired in part by questions the couple received about their vegan diet.

Her mother, Maritha Strydom, who had been posting updates about her daughter and son-in-law's expedition, said on Facebook: "I'm just too devastated to communicate, sorry."

She posted hours later that she was "praying" for her son-in-law, who the Australian media reported was battling "against congestive heart failure."Subash Paul, 44, died at Base Camp II from altitude sickness, according to Wangchu Sherpa, Managing Director of Trekking Camp Nepal.

"It is not clear what happened. We believe the weather suddenly deteriorated at some point, and the team lost direction," Wanchu Sherpa said.

An official at Nepal Tourism Department, Gyanendra Shrestha, said a helicopter search was not possible because the climbers were too high up the mountain.

"We are trying to communicate with other expedition teams around that level to locate the missing climbers," Shresthra said.

The fourth climber from the team, Sunita Hazra, was rescued and is undergoing treatment at base camp.Meanwhile, an Indian woman suffered severe frostbite injuries near Camp IV after climbing Everest from the Nepal side.

Seema Goswami was undergoing treatment at a hospital after being airlifted from the Everest region, said Pemba Sherpa, the Seven Summit Treks manager.

Since the 2016 climbing season opened on Everest, about 300 people have scaled, according to data from Everest Base Camp as of Saturday.