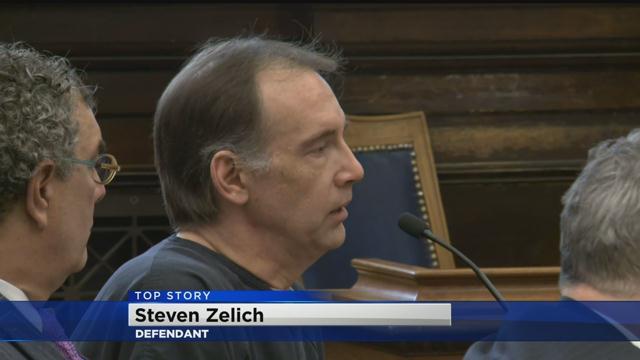 The former West Allis Police Officer involved in the so called suitcase murders learned his fate on Wednesday.

Steven Zelich will be 88 when he's released from prison.

Before the judge decided how long Zelich would spend in prison for pleading guilty to killing a 19 year old and leaving her body in a suitcase alongside the road, his attorneys and the state gave their final statements.

The state explained that Jenny Gamez, the woman killed in a Kenosha hotel was promised a life with Zelich.

They said Gamez was under the impression she would live with Zelich and be able to start over after a troubled life. But Zelich lied to her, and killed her before they could go to his home.

Zelich's attorneys explained the lifestyle their client was leading.

They said everything Zelich and Gamez did was consentual and Gamez should have known the risk when Zelich began choking her.

While he said her death was an accident, Zelich did apologize for losing control.

"I am responsible. If there's anything if I could I undo. It would be the most important thing. I've had the year to think about it. I've gone through all the emotions. I'm sorry. Jenny was the victim.I wasn’t able to protect her the was I was supposed to,” said Zelich.

Zelich still has to face charges in Walworth County where the suitcases were found, and similar homicide charges in Minnesota, for the second woman found in a suitcase.