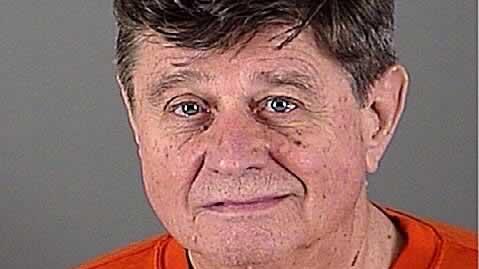 A former Waukesha pastor and school bus driver is in police custody for sexually assaulting a child.

Peter Knebel, 72, made his first court appearance in Waukesha County Monday, after admitting to authorities he inappropriately touched a young girl.

Those who know him, like William Holdorf, are disturbed by the allegations.

Holdorf can't understand why a man he's known for at least 10 years could do something so cruel. He said Knebel is a Vietnam vet, who lives a few buildings away with his wife in a Waukesha neighborhood.

\"There's kids all over,\" said neighbor Geoff Christ. \"You see them riding bikes in the middle of the street. They don't even use the sidewalk.\"

But authorities said Knebel committed the crime July 19 at Fox River Christian Church. About 2,600 members make up the congregation. For about two years, church leaders said Knebel served as a care pastor.

\"Which means he did hospital visits and performed funerals,\" said Mark Roberts, executive pastor. \"He was not a child worker.\"

According to the criminal complaint, Knebel told the 10-year-old victim she wasn't allowed to play games on a computer in the gym, but she could in his office. Once there, he forced the young girl to sit on his lap and that's when he touched her across the chest.

Roberts is the one who confronted Knebel about the allegations. He initially denied them, but Roberts still suspended the pastor and called police.

\"Child protection is high importance to us and that's why we do background checks and take every employee through a child protection class,\" said Roberts.

For nearly six years, Knebel also drove a bus for the Waukesha School District. He no longer held that job as of June 2015.

Because of his role in the community, the Waukesha Sheriff's Department is concerned there are other victims. If you have information about other incidents,call Detective Aaron Hoppe (262) 896-8047.