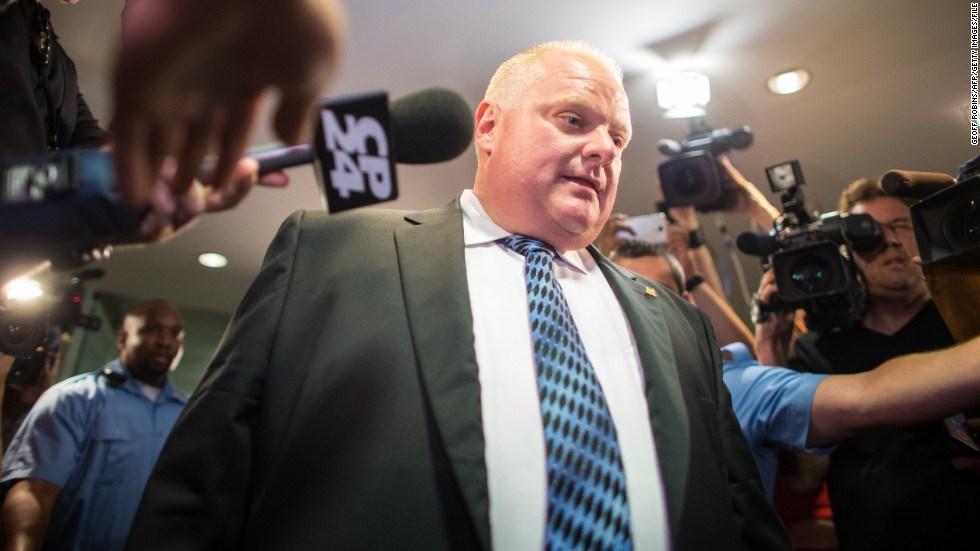 (CNN) Former Toronto Mayor Rob Ford has died, according to Ford's chief of staff, Dan Jacobs. The 46-year-old Ford gained international notoriety after a video showed him using crack cocaine in May 2013.

Ford served for a decade as a city councilor before being elected mayor in 2010.

He was a bombastic and larger-than-life personality who spoke bluntly -- tools that helped him craft an image of a champion for the working-class.

When running for mayor, he campaigned as an anti-politician who would cut the size of government and stand up to those he called "big-city elites."

"Toronto's government has grown bloated and wasteful," he said in a campaign video. "It's time to stop the gravy train that provides luxuries and perks to politicians and rich contracts to their friends.

Ford's time as mayor, however, was plagued by scandal.

In May 2013 a video surfaced showing what appeared to be Ford smoking crack cocaine.

Ford denied any wrongdoing and ignored those calling for his resignation.

But as more videos surfaced showing Ford in compromising circumstances, the scrutiny became more intense, and his relationship with the city council became more acrimonious.

Months later, the admission finally came: He told reporters he "probably" smoked the drug at some point.

"Yes, I have smoked crack cocaine," he said. "Am I an addict? No. Have I tried it? Probably in one of my drunken stupors."

Ford refused to step aside, even after the city council stripped him of most of his powers.