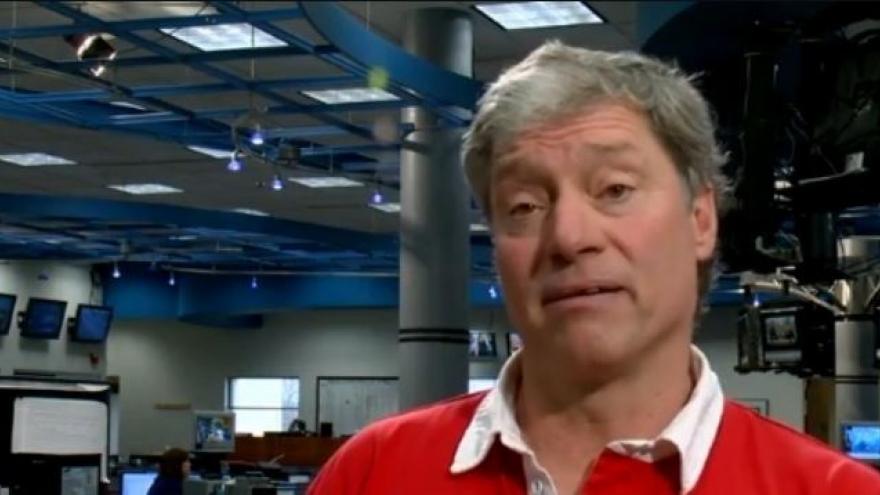 (AP) — Former Democratic state Rep. Brett Hulsey, whose four years in office were dotted with outlandish stunts and one citation from Madison police, has filed paperwork to run for governor next year.

Hulsey registered a campaign committee for a potential second run for governor on Thursday, making him the eighth Democrat to take that step allowing him to raise and spend money on the race. Hulsey did not immediately return messages seeking comments on his intentions Saturday.

Hulsey served in the Wisconsin Assembly from 2011 through 2014. He was one of Republican Gov. Scott Walker's most outspoken critics during the Act 10 union protests, famously taking over the podium in Walker's conference room after one of the governor's news conference.

Hulsey contemplated bringing a musket onto the Assembly floor to call attention to GOP policies, such as legalizing carrying concealed weapons, that he opposed. In 2013, one of his legislative staffers told police she feared for her safety because he brought a box-cutter to the office.

Hulsey is also known for incidents that occurred outside of the Capitol. He pleaded no contest in 2012 to a disorderly conduct citation after police accused him of flipping a boy off an inner tube and taking pictures of the child at a Madison beach. Hulsey said the incident was completely innocent and blown out of proportion.

And in 2014, after he decided not to seek re-election and run for governor instead, he promised to hand out Ku Klux Klan hoods at the Republican Party convention. He later backed off, amid a flood of criticism, and admitted it was a publicity stunt.

His campaign that year was largely a sideshow, with invitations for supporters to join him for beers or to walk with him through the farmer's market. Hulsey lost the Democratic primary to Mary Burke with 16 percent of the vote.

"Brett Hulsey wasn't serious in the state Legislature and voters went on to reject his obscene and shameful antics in 2014," said Wisconsin Republican Party spokesman Alec Zimmerman. "Now his fellow Democrat recruits for governor must make clear where they stand — will they allow Hulsey to make a mockery of their party again this year?"

Hulsey, 58, works as an environmental consultant and owns a business leading people in 16-minute workouts. He is also a former Dane County commissioner.

Walker is widely expected to announce later this summer that he will be seeking a third term.