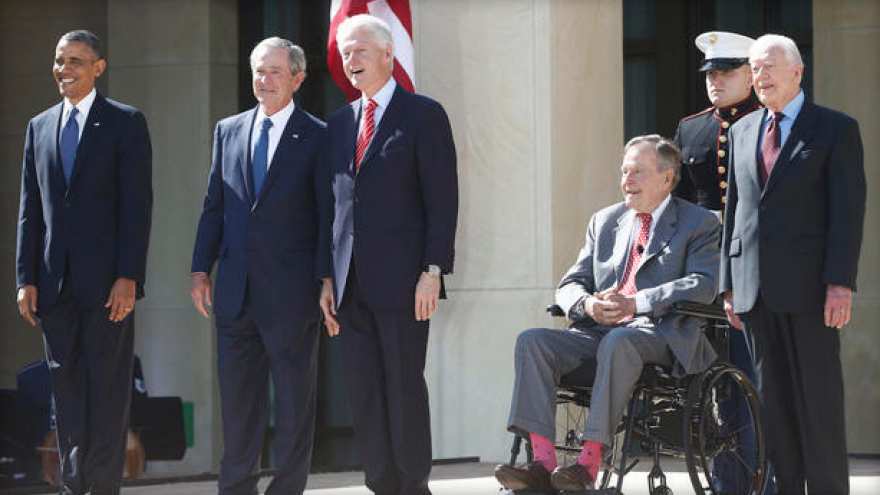 (CBS) -- An initiative launched by all five living former presidents has raised $31 million for hurricane relief from 80,000 donors.

The One America Appeal initiative, launched Sept. 7 in the wake of Hurricane Harvey in Florida, has distributed nearly $13 million to the Florida Disaster Fund, Rebuild Texas Fund, the Hurricane Harvey Relief Fund, Juntos y Unidos por Puerto Rico and the Fund for the Virgin Islands, according to a news release from former President George H. W. Bush's office. The project is being managed through the George H.W. Bush Presidential Library Foundation.

"With damage estimates from Hurricanes Harvey, Irma and Maria topping $300 billion and requiring months and years of rebuilding ahead, we hope this strong start to the One America Appeal is just that – a start," David Jones, CEO of the George H. W. Bush Presidential Library Foundation, said in a statement. "The former presidents want to thank each donor who, out of the goodness of their hearts, has given of themselves in such a selfless way to help their fellow Americans."

The five former presidents announced the initiative in an emotional video in September, in the wake of Hurricane Harvey's destruction in Texas. But since then, Hurricane Irma ravaged Florida, and Hurricane Maria destroyed much of Puerto Rico.