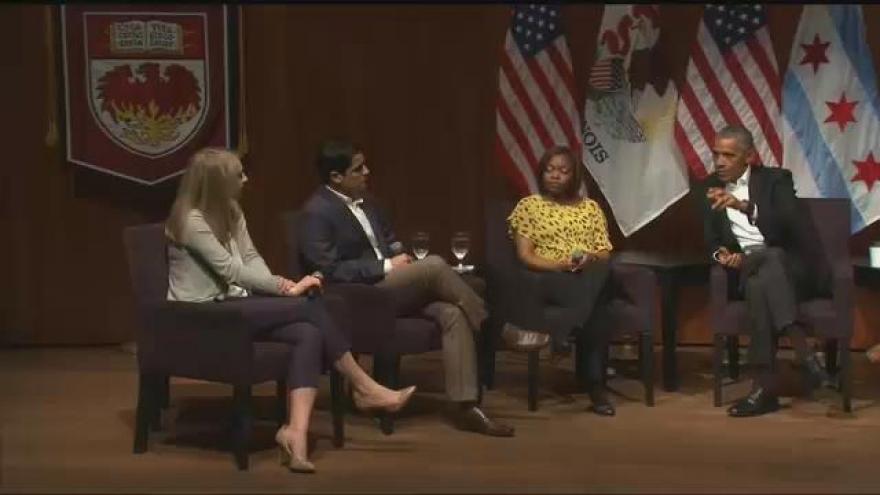 Former president Barack Obama is back home in Chicago.

He made his first public appearance since leaving the white house on Monday.

He spoke to students at the University of Chicago about the importance of civic engagement and what he plans to do in his post-presidential life.

\"The single most important thing i can do is help in anyway I can to help prepare the next generation of leadership to take up the baton and take their crack at changing the world,” says the former president.

He recognized the political divisions in the United States, but added that when you talk to people one-on-one, they have a lot more in common than the issues that divide them.