Former Packer has to break out of bathroom at Olympics 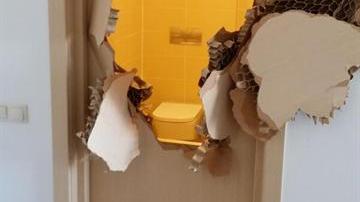 SOCHI, RUSSIA—A former Packer and now Olympic bobsledder had some trouble at the Olympics.

30-year-old Johnny Quinn got himself locked in the bathroom of his room in the Olympic village in Sochi.

He said that he had no phone to call for help so he used his bobsled push training to break down the door.

Quinn played for the Packers in 2008.

He posted a picture and details of what happened on twitter.