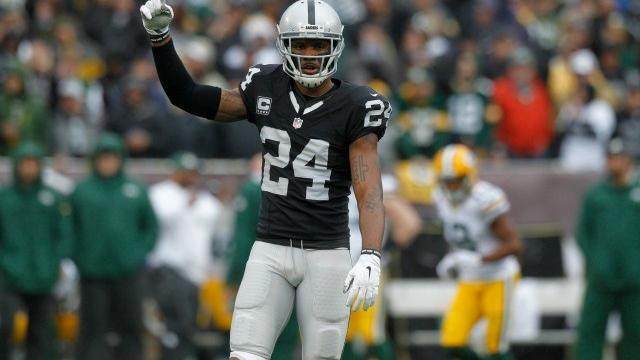 (CBSSports) Charles Woodson's Hall-of-Fame caliber career is at its end. On Monday, Woodson, 39, announced that he'll step away from the game at the season's conclusion, putting an end to a career that began in 1998.

In Woodson's historically great career, he's intercepted 65 passes, tied for the fifth most all time. The eight-time Pro Bowler has returned 11 interceptions for touchdowns (tied for second all-time) and he was named AP's defensive player of the year in 2009. Woodson is the only player in NFL history with more than 50 career picks and 20 career sacks, per ESPN Stats & Info.

After winning the Heisman Trophy as a junior at Michigan in 1997, Woodson was drafted No. 4 overall by the Raiders in 1998. He spent eight years in Oakland before leaving for Green Bay prior to the 2006 season. As a member of the Packers, Woodson won a Super Bowl after the 2010 regular season. In 2013, Woodson returned to the team that drafted him, which means he'll end his 18-year career where it all began.

Though he's now 39, Woodson's play hasn't declined as he's aged. In fact, Woodson's five interceptions this season are tied for the sixth most in the league.

And this season isn't a fluke. As Woodson has gotten older, he's only gotten better.

Still, despite his continued excellence, Woodson will step away after the season. Thursday will be his final game in Oakland, as the Raiders host the Chargers. His final game will come in Kansas City against the Chiefs.

Then, he'll head to Canton, Ohio.