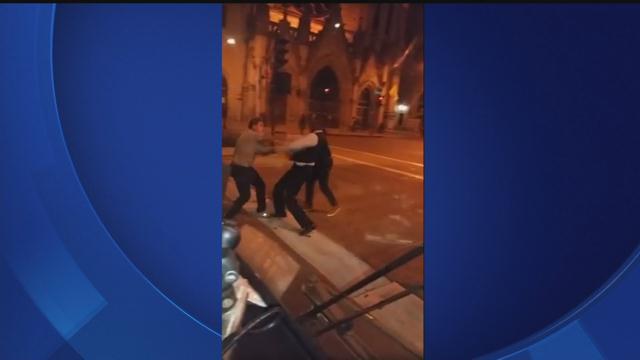 Criminal charges will not be filed against a former MCTS bus driver caught on camera in a fist fight.

Instead, the Milwaukee County District Attorney's office says Alvin Bates and the citizen have been ticketed for disorderly conduct.

Bates is seen off his bus near 12th and Wisconsin, engaged in street fight where kicks and punches are thrown. Milwaukee Police said an exchange of words led up to the brawl.

Bates was fired, but the union has filed an appeal on his behalf. An MCTS spokesman says a grievance hearing is expected this week.