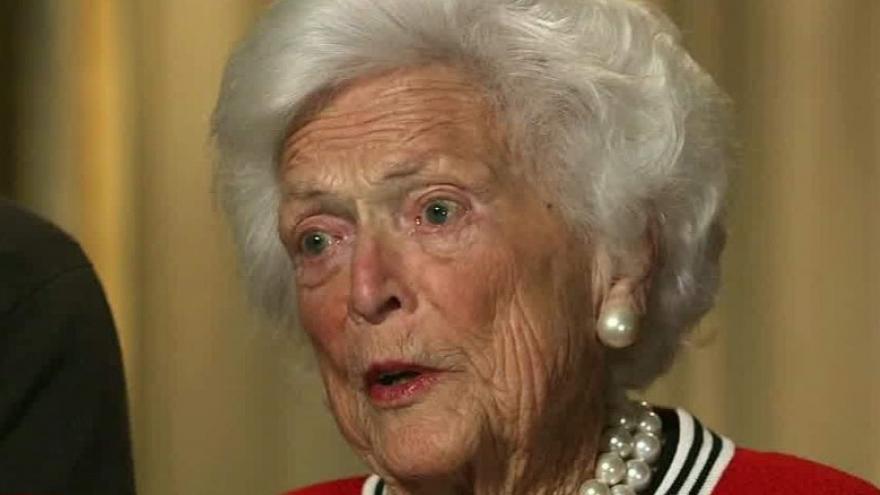 (CBS NEWS) -- Former first lady Barbara Bush is in failing health and will not seek additional medical care after a series of recent hospitalizations, a spokesman for the Bush family said Sunday. Bush, 92, will "instead focus on comfort care" for unspecified health complications, according to a statement.

"It will not surprise those who know her that Barbara Bush has been a rock in the face of her failing health, worrying not for herself -- thanks to her abiding faith -- but for others," a statement from the office of George H.W. Bush said Sunday. "She is surrounded by a family she adores, and appreciates the many kind messages and especially the prayers she is receiving."

This is a developing story. Please refresh for updates.