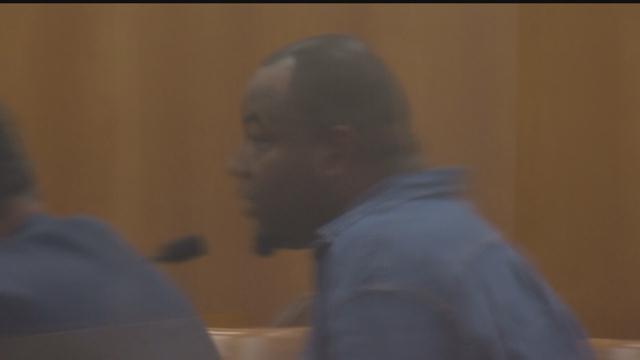 Jasmine Pennix was facing felony child abuse charge after a video of him slamming a student to the ground at Bay View High School went viral.

But instead he was convicted today of misdemeanor battery and sentenced to 3 days with time served.

The judge took into account the fact that Pennix has no prior criminal history and is a productive citizen.

He believes the former MPS teachers aid just lost it.

The April 20th incident at bay view high school shows Pennix shoving a student into a chair, then pushing him to the ground with his hands around the students neck.

The defense says the entire incident was premeditated by juveniles not in school to learn and that they were spitting, kicking, and using foul language trying to get Pennix to react.

In court today Pennix said he was standing up for another man who the students were making fun of before the attack that went viral.

"I can't take it back. I wish I could. I wish it never happened. But overall I'm remorseful and that's pretty much all i can do is try to be a decent citizen and overall a decent person,” said Pennix.

Pennix was fired from MPS and his attorney says thats the real damage from this case.