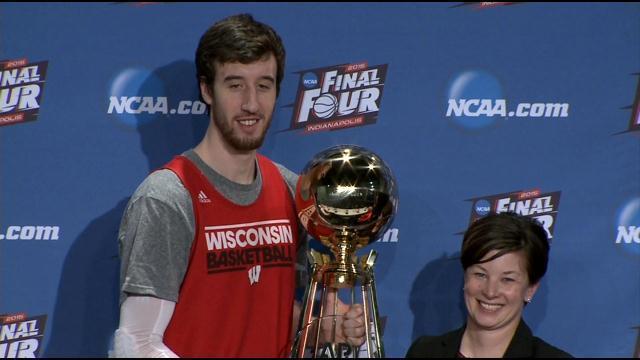 On Monday night, Kaminsky was photographed wearing a Cubs jersey at the United Center before the Bulls and Hornets game.

The jersey had Steve Bartman's name on the back. Bartman is the fan that tried to catch the foul ball during Game 6 of 2003 NLCS game.

Diehard White Sox fan Frank Kaminsky wore this pregame. "It's my stance on how I feel about the Cubs this year." pic.twitter.com/c1RwlotDXP

Since this occurred, the Chicago Cubs have fired back at Kaminsky on Twitter.

When the Frank is too salty. pic.twitter.com/KHKtEuXgkd

. @Cubs my reaction when I saw this pic.twitter.com/YRqJVZLg5U

You already did that joke.

@FSKPart3 It's best not to dwell on a tough loss. pic.twitter.com/2l4OFTL5tH