For most U.S. beer brands, summer sales are flat 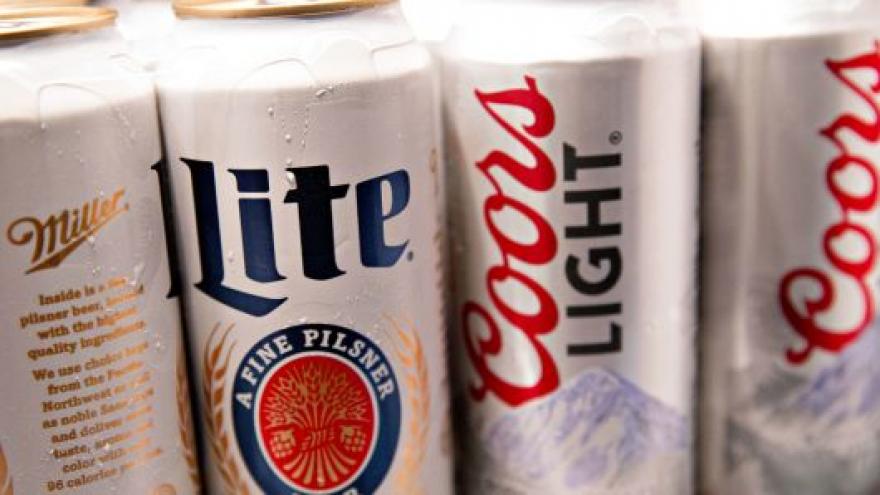 (CBS News) -- As the summer kicks into high gear, fewer U.S. consumers will be quenching their thirsts with an ice-cold beer.

In fact, sales of the of the biggest U.S. beer brands are dropping. Bud Light, Budweiser, and Heineken have each dropped more than 3 percent during the 12-week period ended June 18, according to a recent Cowen & Co. report.  Sam Adams Boston Lager saw its sales plunge 14 percent.  Between January and May, U.S. brewers shipped 2.5 million fewer barrels than the year before, according to The Beer Institute trade group — a drop of about 3.7 percent.

Beer consumption hit a high during the Clinton administration and has been on a slow decline ever since. The reasons range from the rise of cocktail culture to the continued popularity of craft beers at the expense of more established brands.

According to Eric Shepherd, the executive editor of Beer Marketer's Insight, beer's share of the market for alcoholic drinks peaked at about 60 percent in 1996. It is now about 49 percent.

"That was right around when spirits ended their voluntary ban on broadcast advertising," Shepherd said in an interview. "They ended it at a really propitious time for them because cable TV was just taking hold.  Not only did they get [their message] out there but they got out there at very inexpensive rates."

Makers of distilled spirits have successfully lobbied to end restrictions on their sales such as Sunday restrictions that had hampered their ability to compete against beer, which is available in more retail locations. Younger consumers, who in the past would likely have been beer drinkers, are now flocking to higher-end and super-premium products including whiskey, vodka and tequila.

"Anytime we talk to bartenders, anytime we talk to packaged store owners, they all say the current trend is really driven by millennials," said David Ozgo, chief economist for the Distilled Spirits Council. According to the trade group, the industry's market share rose from 33.1 percent in 2006 to 36.6 percent in 2017.

The Great Recession also had a lasting effect: Brewers hurt themselves by raising prices during the downturn, while makers of distilled spirits and wine absorbed the additional costs.

"It became a bang-for-your-buck issue for some drinkers," Shepherd said.

Wall Street is taking note. Shares of Molson Coors, the parent of MillerCoors, fell to a four-year low after it reported a 3.8 percent fall in volume in the U.S. Budweiser owner AB InBev reported a 4.1 percent drop.

Beer sales overall rose 1.6 percent, lagging the 4.1 percent rise seen for wine and the 8 percent gain seen in distilled spirits, according to Cowen. The picture for brews, however, wasn't entirely bleak.  According to Cowen, sales for Michelob Light Ultra Lager, which targets health-conscious consumers, rose 20 percent during the 12-week period ending June 16. Sales of Modelo Especial surged 17 percent while Keystone Light gained more than 9 percent.  All of these brands also posted double-digit gains in volume as well.

Brewers also are finding success selling other products, such as cider, which saw sales grow by 16.8 percent and volume surge nearly 18 percent, according to Cowen. Craft beers are continuing to grow, albeit at a slower rate than they had previously.