Food Stamps and Sweets: Should They be Kept Apart? 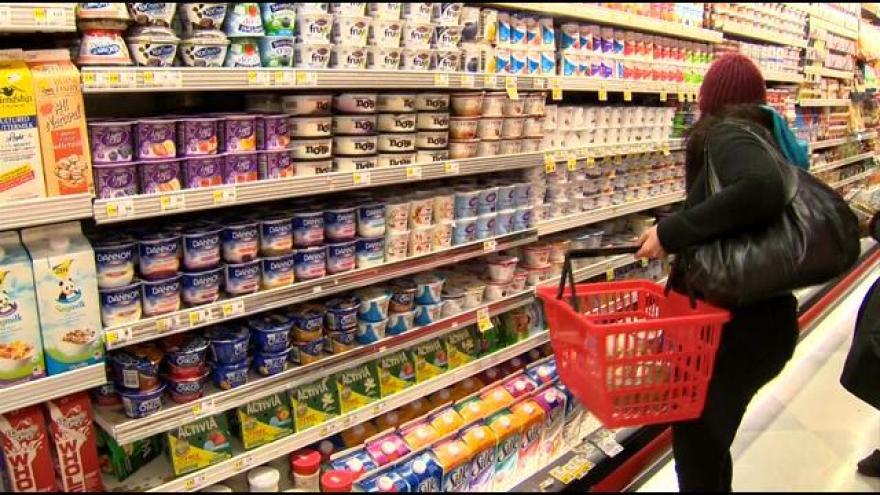 (CBS NEWS) The food-stamp program is credited with helping 44 million people in America afford groceries, providing what supporters say is a needed benefit for some of the country’s most vulnerable.

Critics of the Supplemental Nutrition Assistance Program (SNAP) say the anti-hunger program is easily abused, and the latest questions about the program are stirring a hornet’s nest of debate. One hot-button issue: Should food-stamp recipients be banned from buying soda and candy?

House lawmakers on Thursday heard experts discuss the issue in what appeared to be a fact-finding mission, as the House Agriculture Committee said it wanted to hear the “pros and cons.”

The debate aligns two sides that may not appear to have much in common: critics on the right of government overspending and public health advocates. Debate about how food-stamp benefits are spent was sparked by a November report from the U.S. Department of Agriculture, which found that households receiving SNAP benefits used 20 cents of every dollar to buy soda, candy, desserts and other unhealthy foods.

“Almost half of added sugars consumed by the U.S. population come from sweetened beverages,” said Angela Rachidi, research fellow in poverty studies at the conservative American Enterprise Institute, during testimony at the House committee hearing. “This is why it is so alarming that such a notable percentage of food/beverage purchases in American households are for sweetened beverages.”

She added, “Supporting such purchases, especially at levels suggested in the data, directly contradicts the stated goals of the program,” which say the money should be used for “improved levels of nutrition among low-income households.”

Yet some policy experts point out that banning purchases of sugary drinks and foods doesn’t really solve the problem. First, it’s not as if SNAP families rely on the food program for their entire grocery budget. As the program’s name suggests, food stamps provide supplementary aid. The average benefit is $1.39 per person per meal, or about $126 per month for the typical recipient, according to the Center on Budget and Policy Priorities.

Banning soda purchases would likely have no impact on what recipients buy at the grocery store, because they would likely shift their budgets and use their own money to buy soda, while relying on food-stamps for their other purchases. On top of that, the burden of restricting soda and candy purchases would fall on retailers, adding to their costs, The Hamilton Project director Diane Whitmore Schanzenbach told the committee.

“A ban will likely increase the administrative costs of the program to both the USDA and retailers, and increase the stigma faced by recipients when they use the benefits, but not have the benefit of inducing any behavioral changes,” she said.

A ban could hurt not only retailers, but food manufacturers, given that the Agriculture Department report found that food-stamp recipients are spending billions on sweetened beverages, desserts and soda.

It’s not the first time that lawmakers have considered cutting soda from the food-stamp program. A bipartisan congressional commission on hunger urged that sugary drinks be barred from the program last year, according to Politico.

Some state lawmakers have also taken up the issue. Maine’s health department is asking the U.S. Agriculture Department for a waiver that would allow it to ban soda and candy from the food-stamp program. Maine estimated its residents are spending about $13 million in food-stamp benefits on sugary foods and drinks.

Such efforts may raise concerns that advocates and lawmakers are trying to police the eating habits of poor Americans, creating another stigma for them when soda consumption is common across all income levels. For instance, the Agriculture Department’s report on food-stamp recipients’ spending on food found nearly identical levels of soda purchases between households receiving aid and those that don’t.

Maine’s health and human services department framed the issue of soda and candy purchases as something that wealthier citizens have noted while shopping.

“Maine taxpayers have seen this happening in convenience stores and grocery stores while they wait in line,” the state’s heath and human services commissioner, Mary Mayhew, said in a statement. “Too many tax dollars are being wasted on candy and soda instead of being used for nutritional foods.”