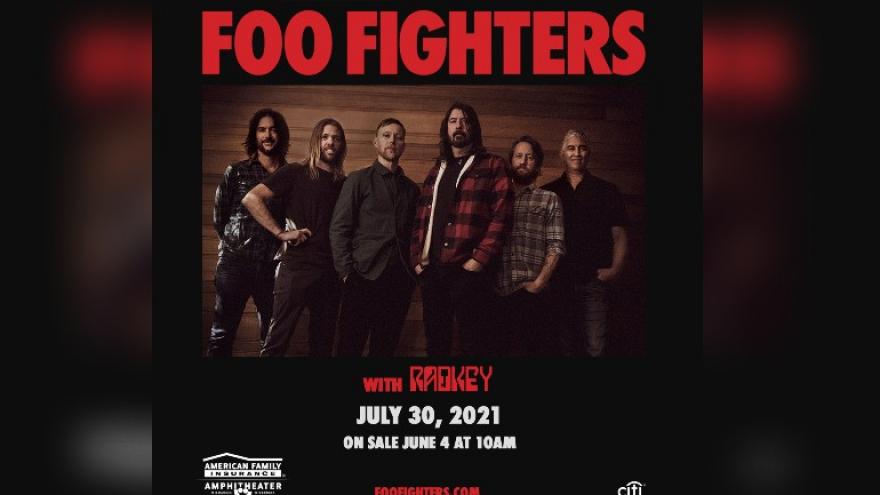 Tickets will go on sale on June 4 at 10 a.m. for the first confirmed U.S. headline dates of Foo Fighter's 26th Anniversary Tour. The show will mark the very first concert at the new amphitheater, which just underwent a $51.3 million dollar renovation.

“A legendary band for a legendary venue! What a great way to open our new building,” said Don Smiley, President and CEO of Milwaukee World Festival, Inc. “We couldn’t be more excited to host Foo Fighters for the first concert at the NEW American Family Insurance Amphitheater. This venue is built for legendary bands, and we look forward to making some noise this summer, starting with the Foos.”

The rock band's Milwaukee appearance is one of six newly announced dates to be confirmed since the February release of Medicine at Midnight. Radkey will support all dates.

“We are incredibly honored Foo Fighters chose Milwaukee as one of their first stops back on the road,” said Charlie Goldstone, President of FPC Live. “They are ‘Rock Royalty’ and the perfect band to kick off the next generation of live music at American Family Insurance Amphitheater.”

You can find tickets here.