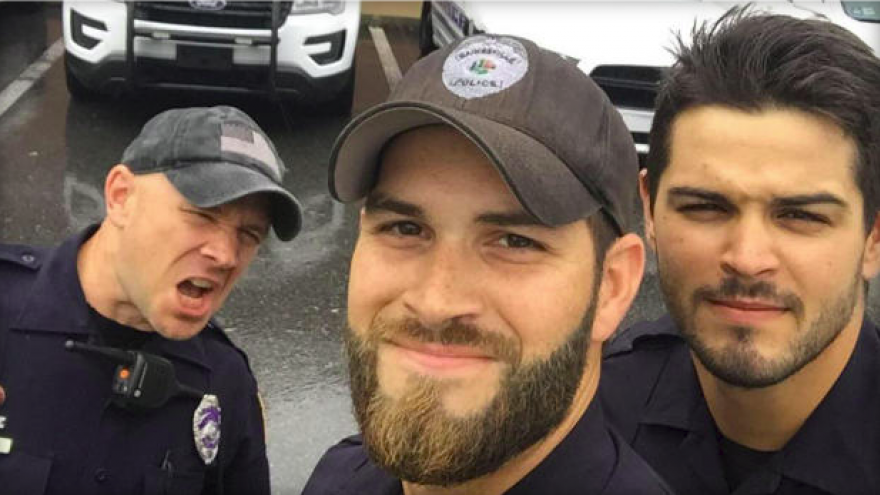 GAINESVILLE, Fla. — One of Gainesville's viral "hot cops" is under investigation after a pair of screenshots of anti-Semitic statements allegedly posted to his Facebook page began circulating the Internet, reports CBS affiliate WGFL.

Officer Michael Hamill became famous this week after he took a selfie with two other officers during their Hurricane Irma recovery efforts. The post was shared nearly 300,000 times on Facebook with humorous comments from women commenting on their good looks.

But comments allegedly posted to his Facebook page have put him in a different spotlight.

One alleged post, from 2013, asks: "What's the difference between boy scouts and Jews? anybody know? well it is because "Boy scouts come back from their camps."

A second alleged post, from 2011, says: "Stupid people annoy me. put them in an oven and deal with them the hitler way. haha."

The Gainesville Police Department released a statement Thursday confirming an investigation but they did not say what it's about.

There is no word yet on whether Hamill would still appear on a calendar the department is planning to benefit victims of Hurricane Irma.