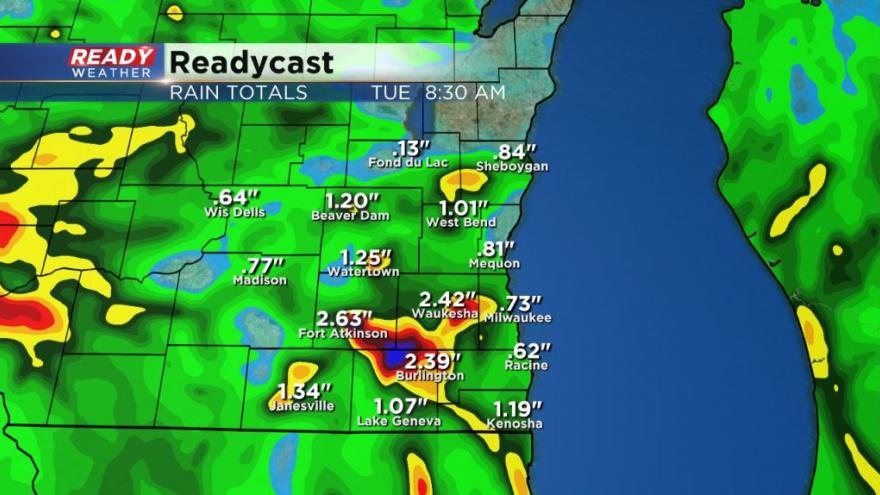 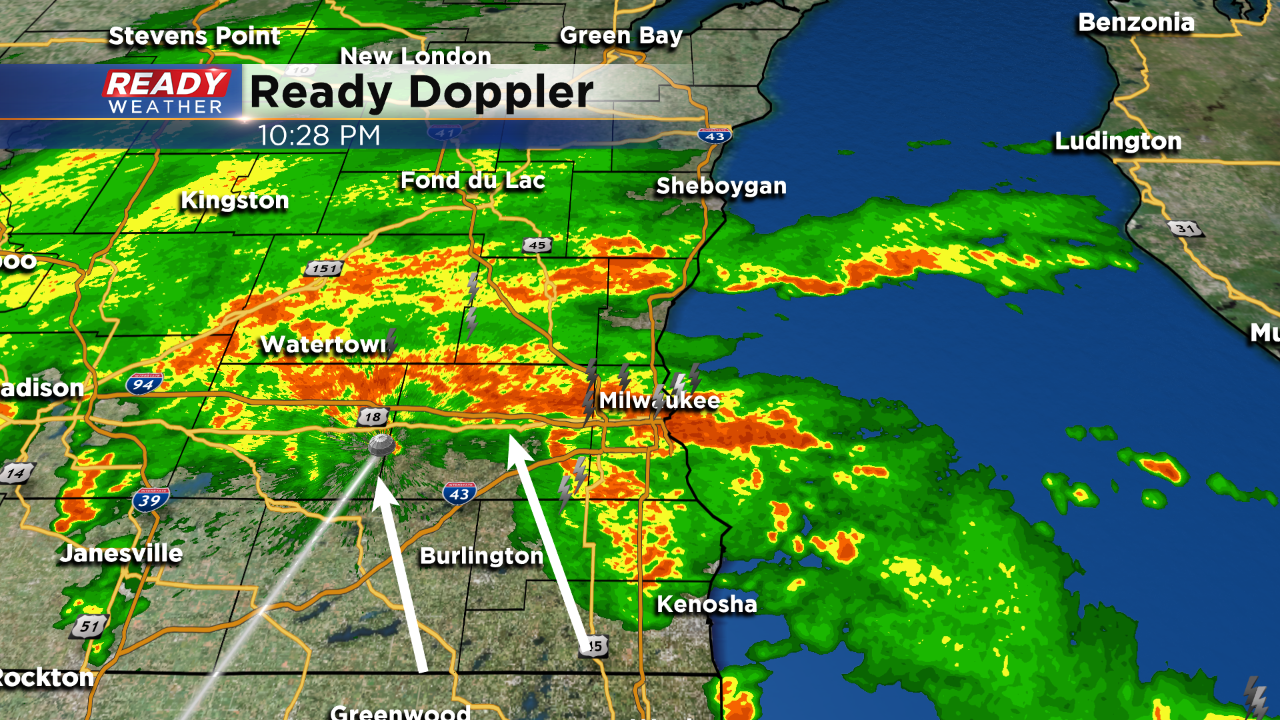 10:30 PM:  Heavy rain and storms continue to move north across southeastern Wisconsin; however, we are seeing signs that the heavy rain band will move north and weaken overnight.

1" to 3" of rain accumulation is likely by tomorrow morning across the area.  Some spots as of now have already picked up between 1" to 2". 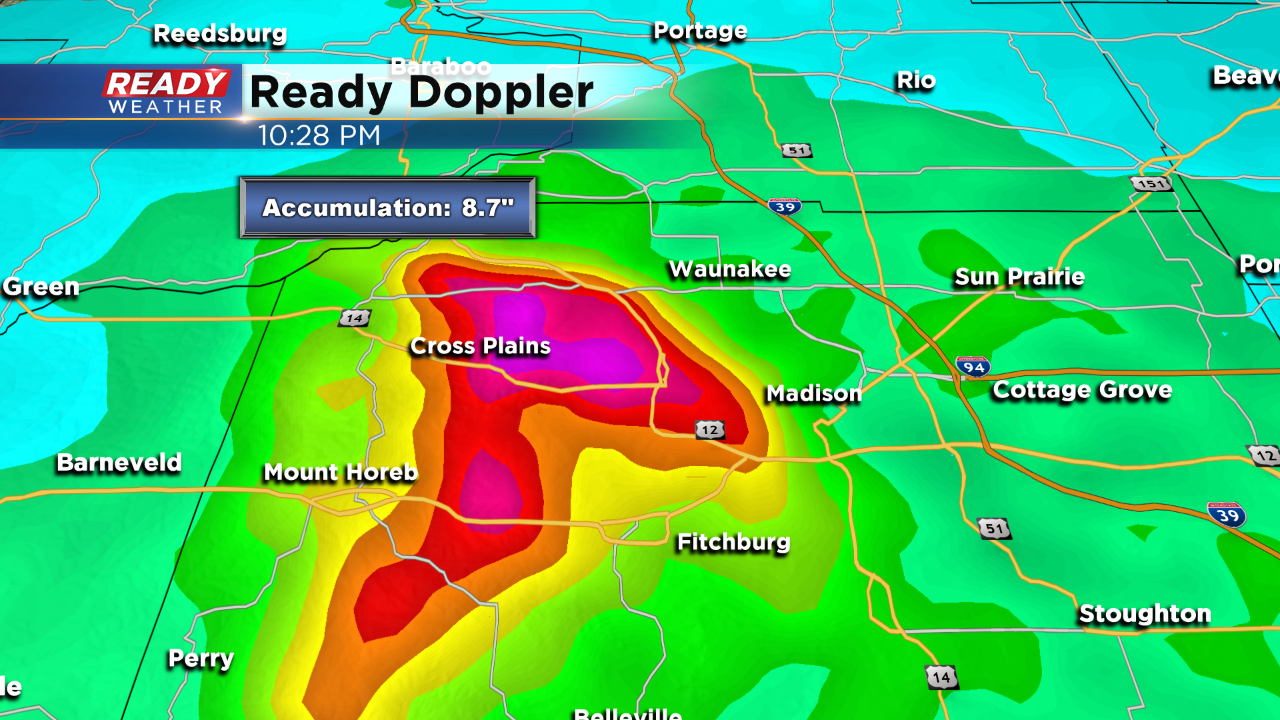 Dangerous flooding is occurring west of Madison with 5" to 9" of rain across western Dane county. 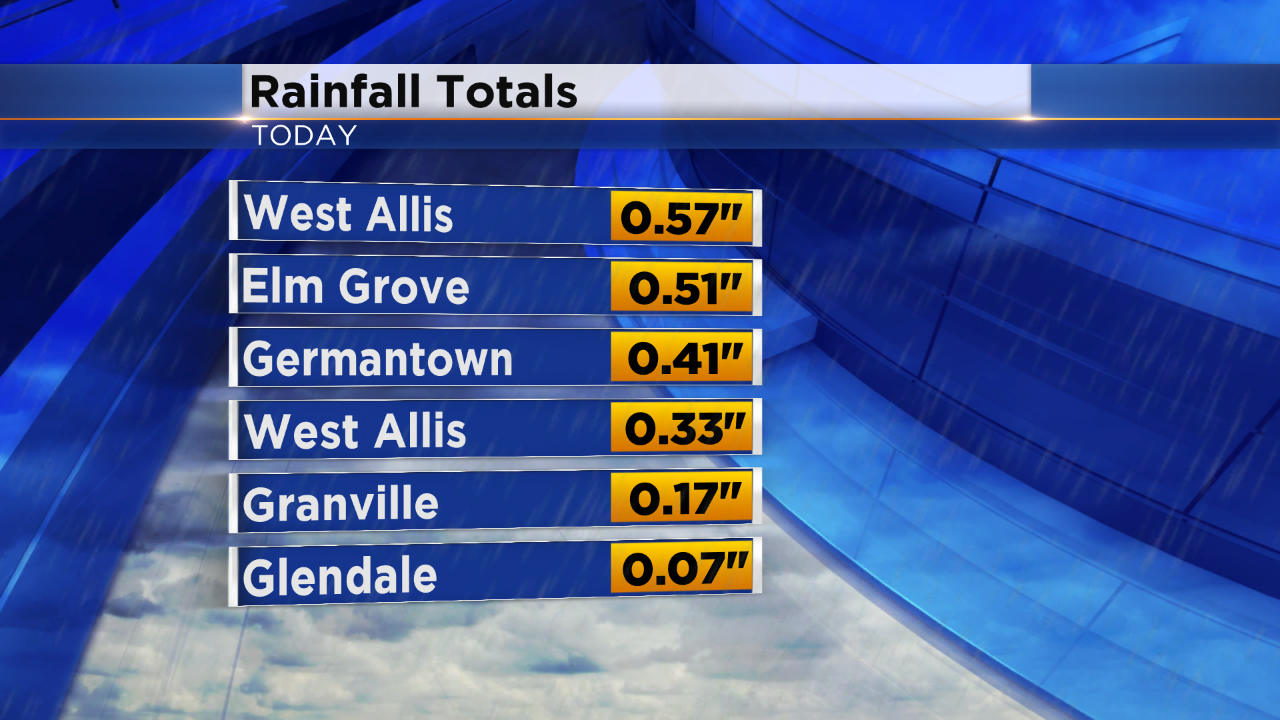 Here are some preliminary rainfall totals.  It's not taking much to produce locally heavy rainfall with the amount of moisture within the atmosphere.

Dangerous flooding to the west of Madison is occurring tonight.  4" to 7" has fallen near Mt. Horeb, Black Earth, and Cross Plains.

Scattered showers and storms will redevelop across the area late this evening into the overnight.  The heavier rain will likely hold off until after midnight.

Still looking at most areas picking up around 1" of rain with some locally higher amounts.  Thankfully the late afternoon rain didn't produce any significant totals.

A few lingering showers are possible for Tuesday morning with scattered rain and some storms during the afternoon before sundown.

Most of the area will see rain accumulations between 1" to 2" with locally higher amounts under training storms.

We are still on path for getting heavy rain, especially late this afternoon, tonight, and into tomorrow morning. 1 to 3 inch rainfall amounts are possible at the very least.  Keep in mind these type of storm systems can put down a lot of water in a short time period. 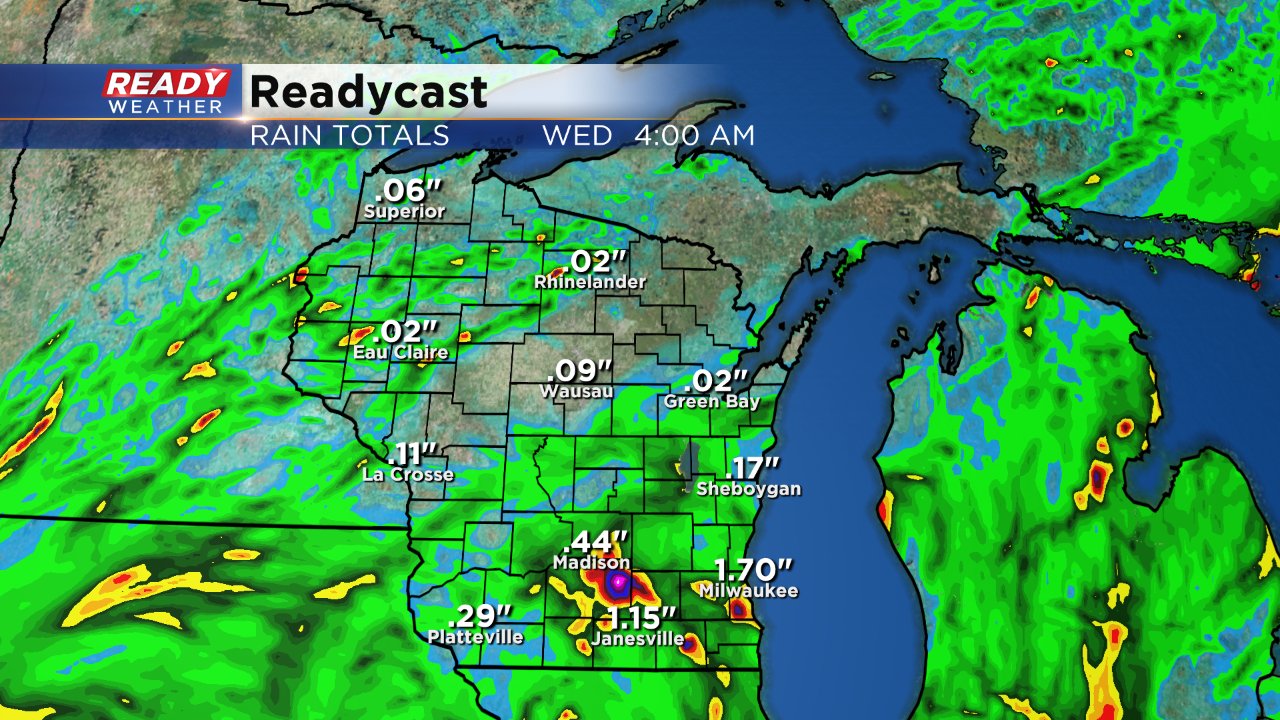 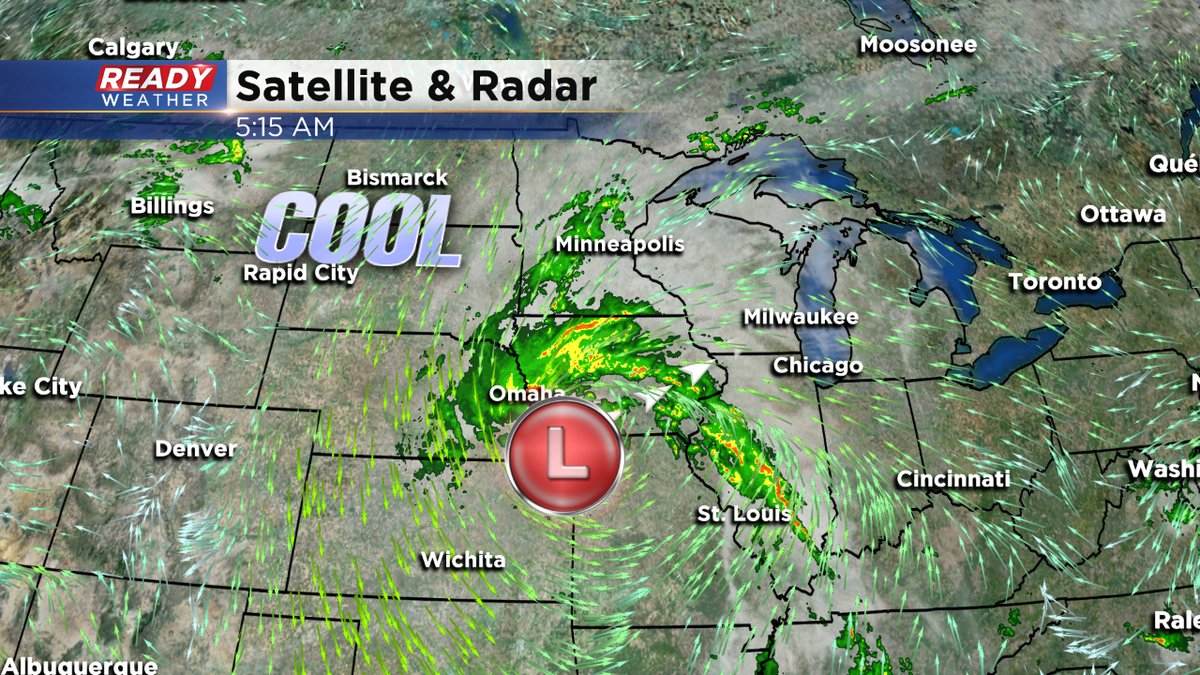 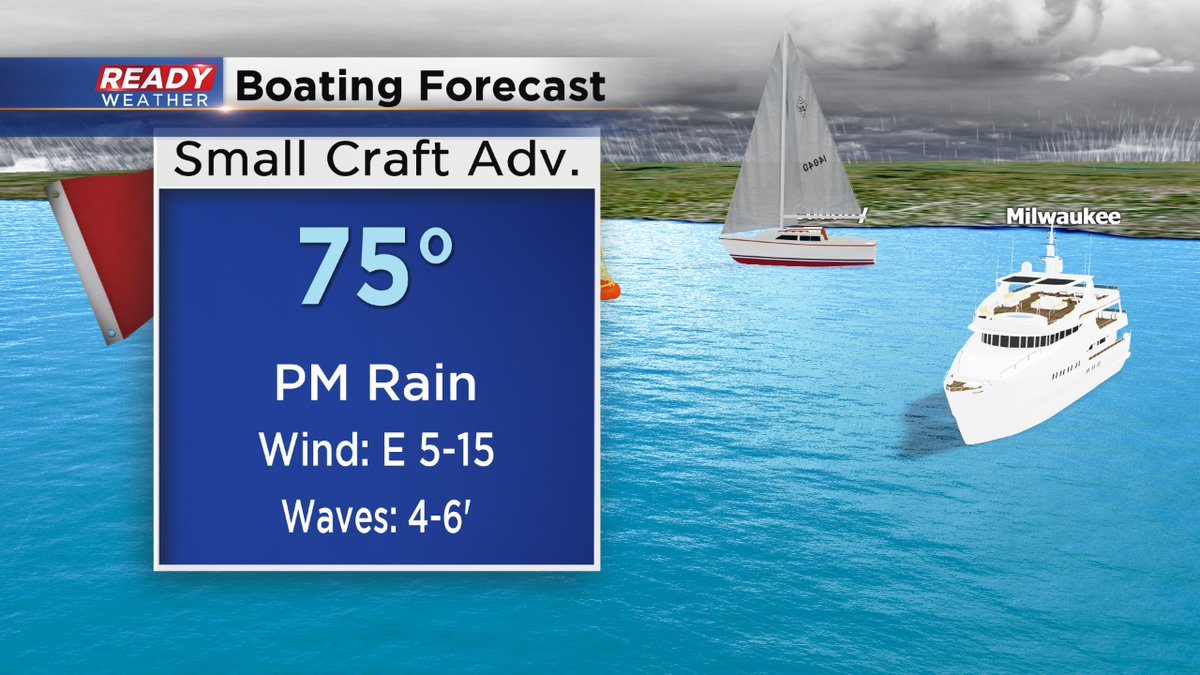 On Friday, around Watertown, we saw 8 inches of rain in a matter of hours.  Low pressure is pivoting in from the Midwest and this will cause our forecast to go downhill quickly. Also, boaters and swimmers, this is a good day to stay off Lake Michigan.  High waves and strong currents are also possible.

The CBS58 Ready Weather team will keep you updated on any weather changes.  Also, if Flash Flood Warnings are issued where you are, be ready to seek higher ground, especially if you live in flood-prone areas.  And please remember don't drive on water-covered roads.  Some people during Friday's rains were driving around barricades.  That's not only dumb, it can be deadly!!

Just a few days after parts of southeast Wisconsin got hammered by flooding rains, another chance is on the way. A storm system has been moving across the northern Plains this weekend and is set to arrive in southeast Wisconsin Monday afternoon. Most of the rain will be scattered so it's hard to pinpoint who sees the most, but heavy rain is likely for some. Because of the expected heavy rain, especially after Friday morning's flooding, a flash flood watch has been issued for most of southeast Wisconsin from 5 PM Monday to 9 AM Tuesday. 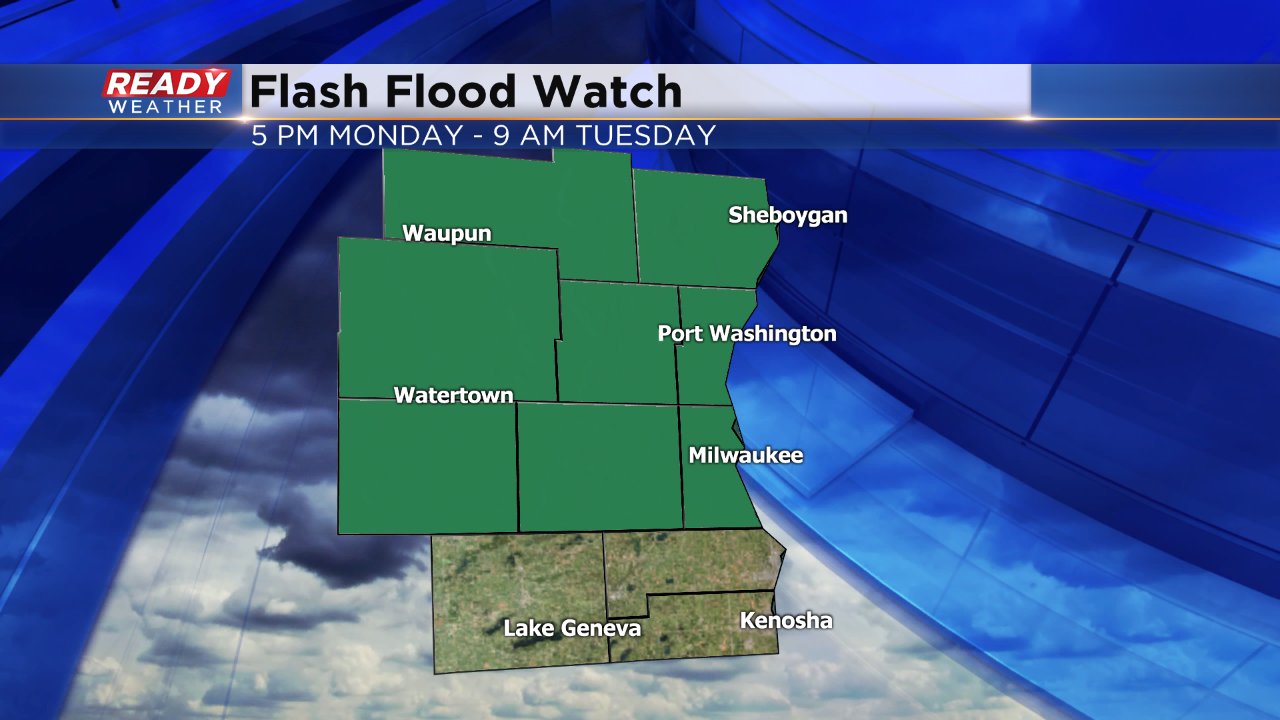 Most of the area can expect over a half inch of rain, but some spots could see as much or ever over 3".

Parts of southeast Wisconsin are in the "marginal" risk for severe weather. The biggest threat will be heavy rain, but some stronger thunderstorms could have strong wind and small hail. 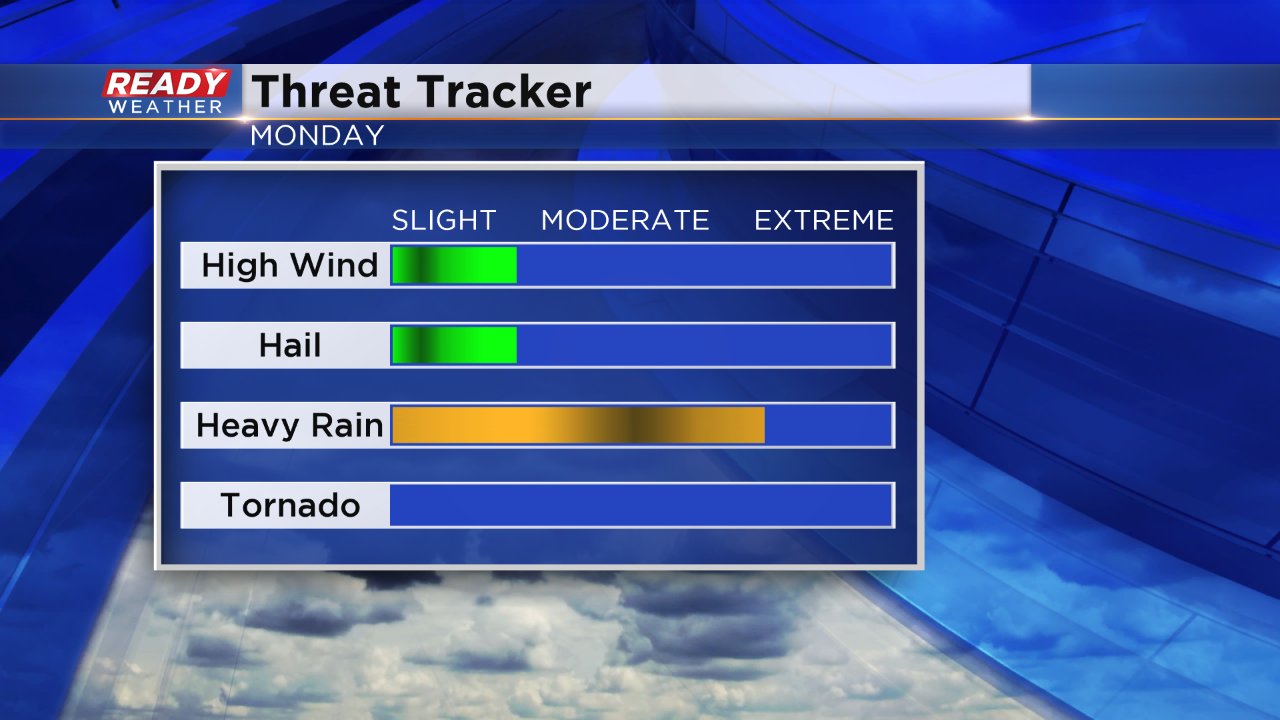 Download the CBS 58 Ready Weather app to track the radar as storms roll through Monday evening and Tuesday morning.