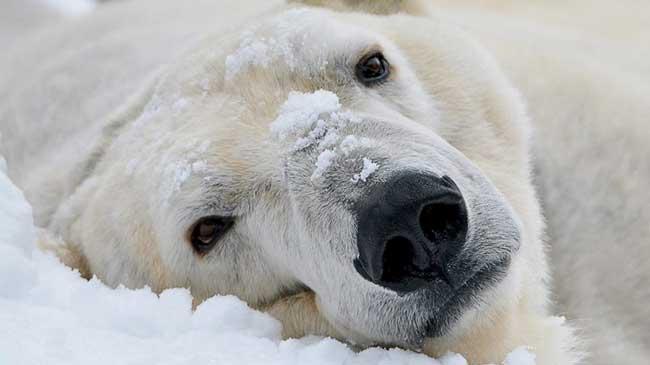 (CNN) Surrounded in the Arctic tundra. By polar bears.

That's life for five Russian meteorologists on tiny Troynoy island in Russia, according to state media.

Vassiliy Shevchenko, the head of the Sevgidromet State Monitoring Network that owns the weather station, told Tass news that some 10 polar bears and their cubs have gathered on the island and are dangerously close to the researchers.

The incident began on August 31, when some polar bears killed two dogs, according to Vadim Plotnikov, the head of the weather station.

A female polar bear has been spending its evenings under the station's window, making it dangerous to go outside.

Sevgidromet, the state research agency, will send flares to scare the bears and dogs. The flares are not expected to reach the station for another month.