Mother Nature did not get the memo that this weekend was the start of astronomical winter. Temperatures on Saturday, the Winter Solstice itself, were in the mid 40s to low 50s around the area thanks to abundant sunshine and southwest winds. In fact, the Winter Solstice was warmer than the Spring Equinox for the second year in a row! 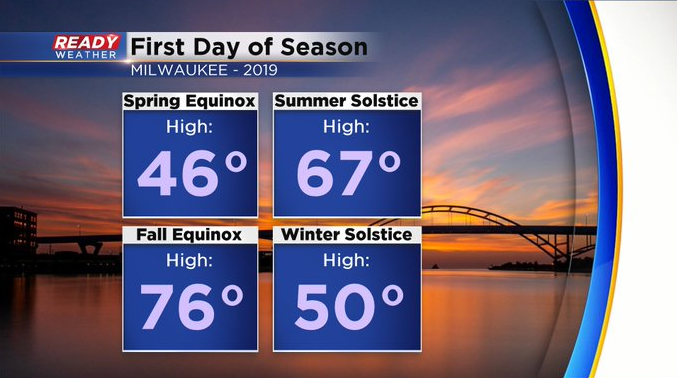 Temperatures on Sunday were even warmer, with the entire area rising into the low to mid 50s. This is about 20 to 25 degrees above normal for this time of year. Milwaukee’s high of 54° tied the record high for today which was set back in 1875. West Bend also tied a record high today, while Kenosha and Fond du Lac broke their record high for December 22nd. 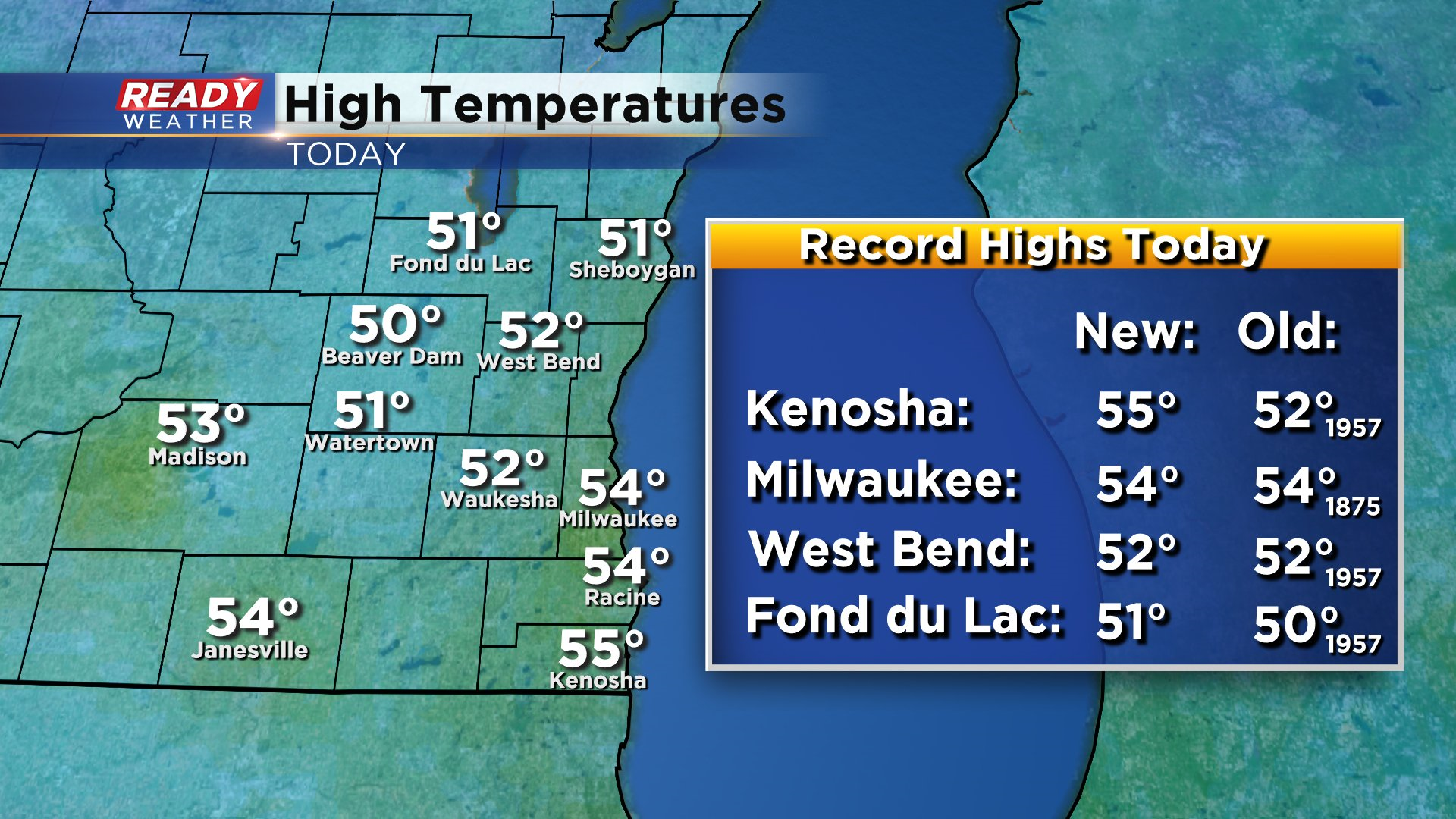 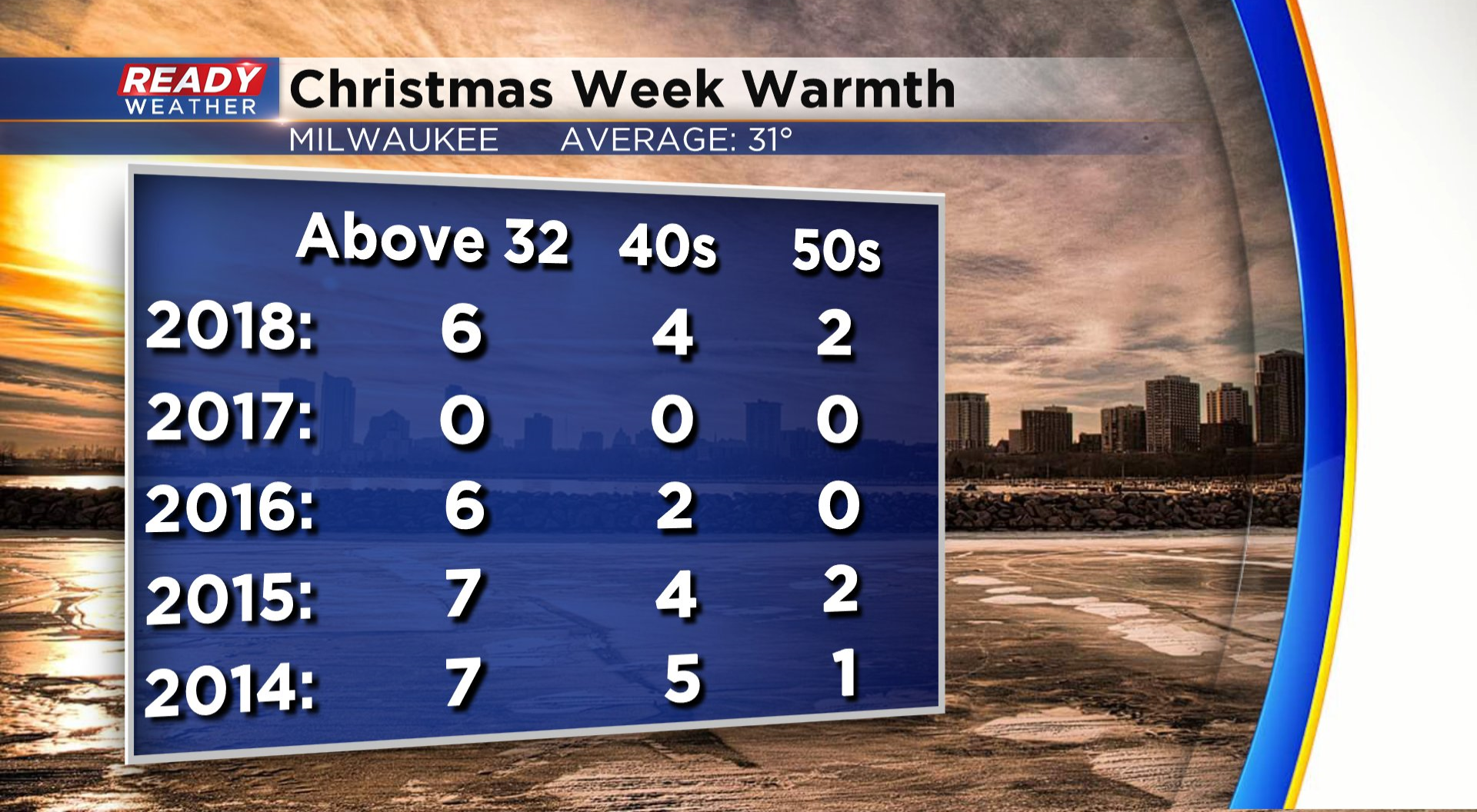