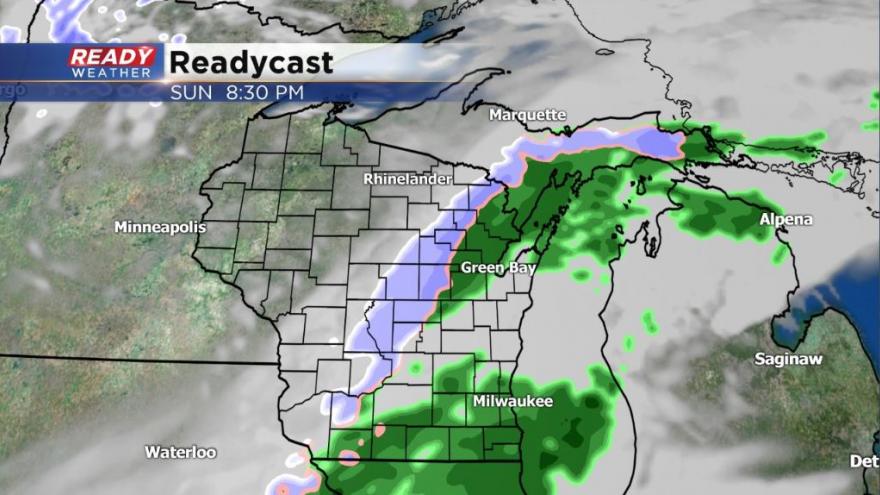 A round of light rain along a cold front will push through southeast Wisconsin Sunday evening and overnight. Light rain is not expected until after sunset with most locally not seeing anything until after 8 p.m. Most of the rain will stay as scattered showers possible through around 3 a.m. Monday but a few lingering sprinkles are possible for the morning commute. Once the showers clear out the cloud quickly follow and most of Monday will stay sunny albeit chilly and breezy. Wind chills will stay in the 30s. 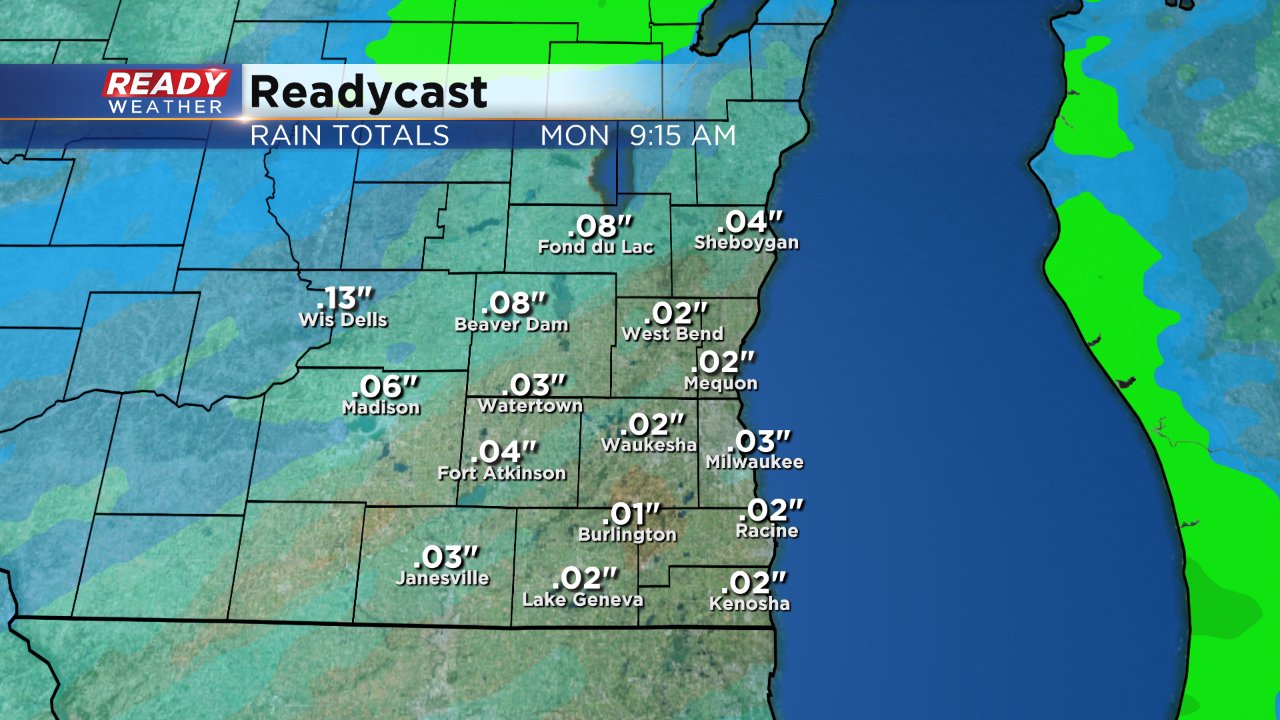 Parts of Minnesota, Iowa and western Wisconsin have already seen some accumulating snow with this cold front, but as it arrives here it weakens to just a few flurries, if that.

If you're thinking it's early to see our first snow, you're right. According to the National Weather Service, southeast Wisconsin on average gets its first trace of snow on October 28, two weeks from now. The first measureable snow defined as 0.1" on average happens on November 13 and the first inch on December 2. 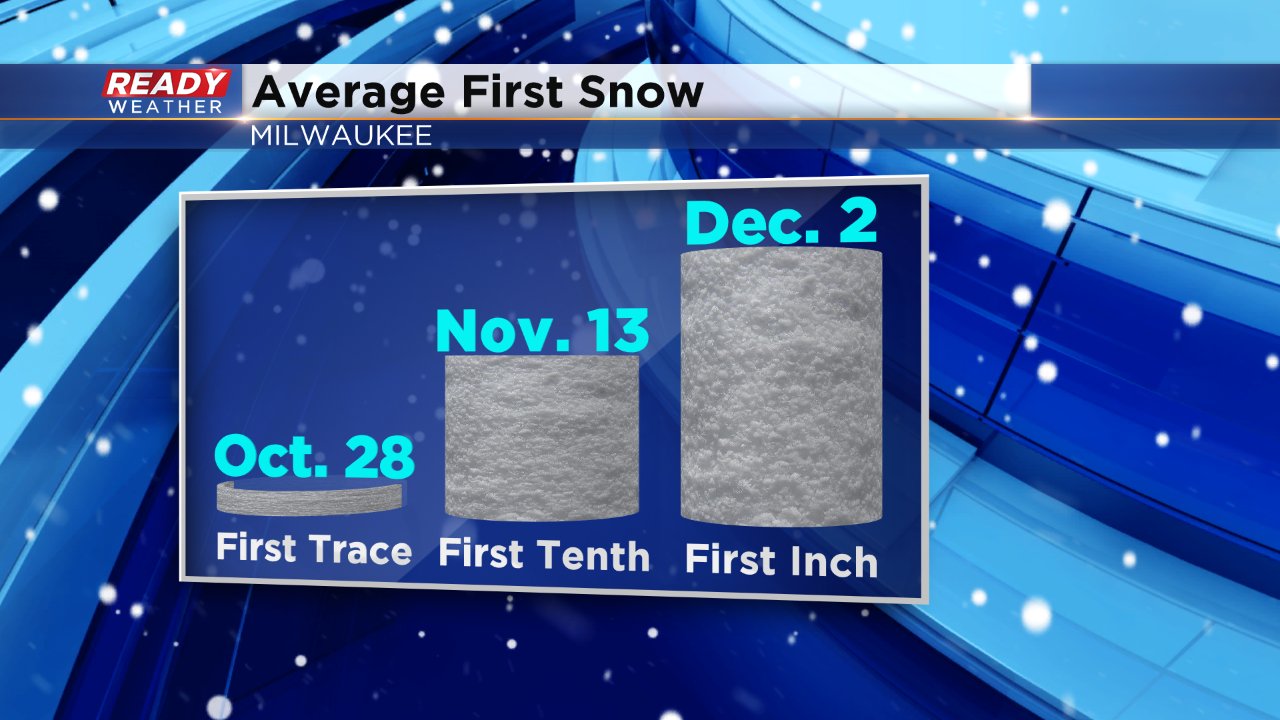 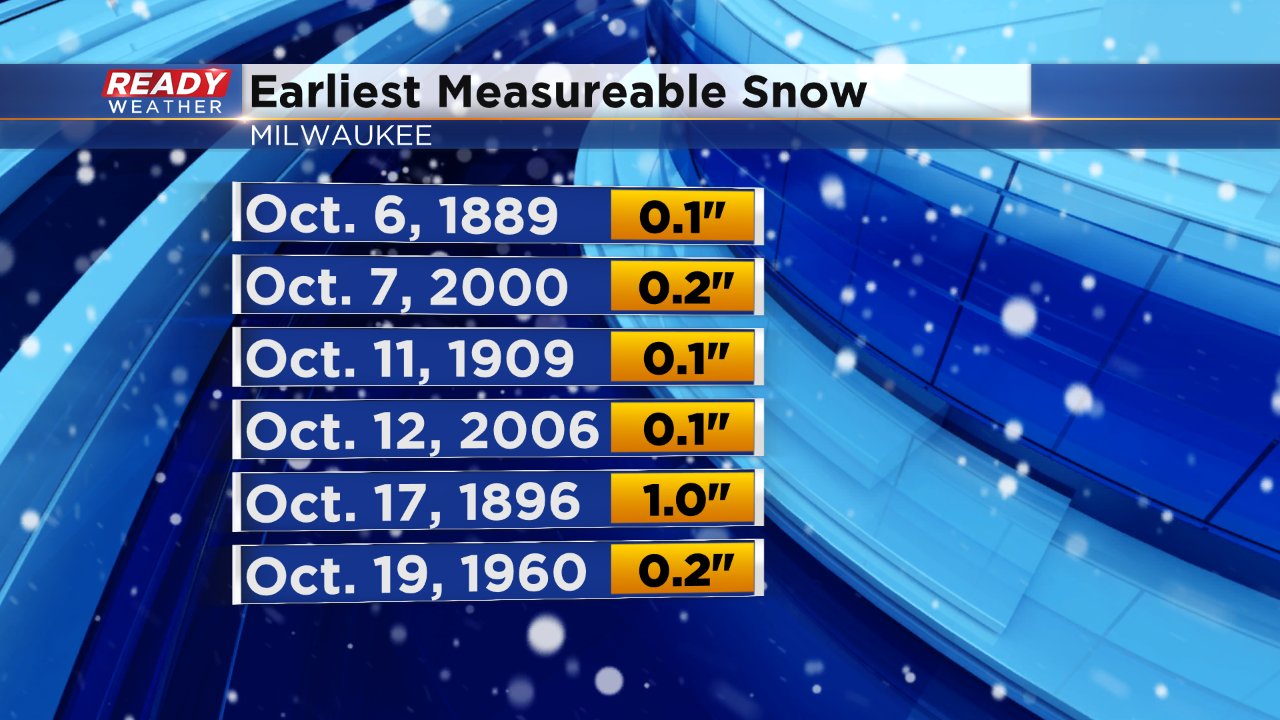 Although overnight frost will become the norm to start this week, there are no other chances for snow in the 10-day forecast.