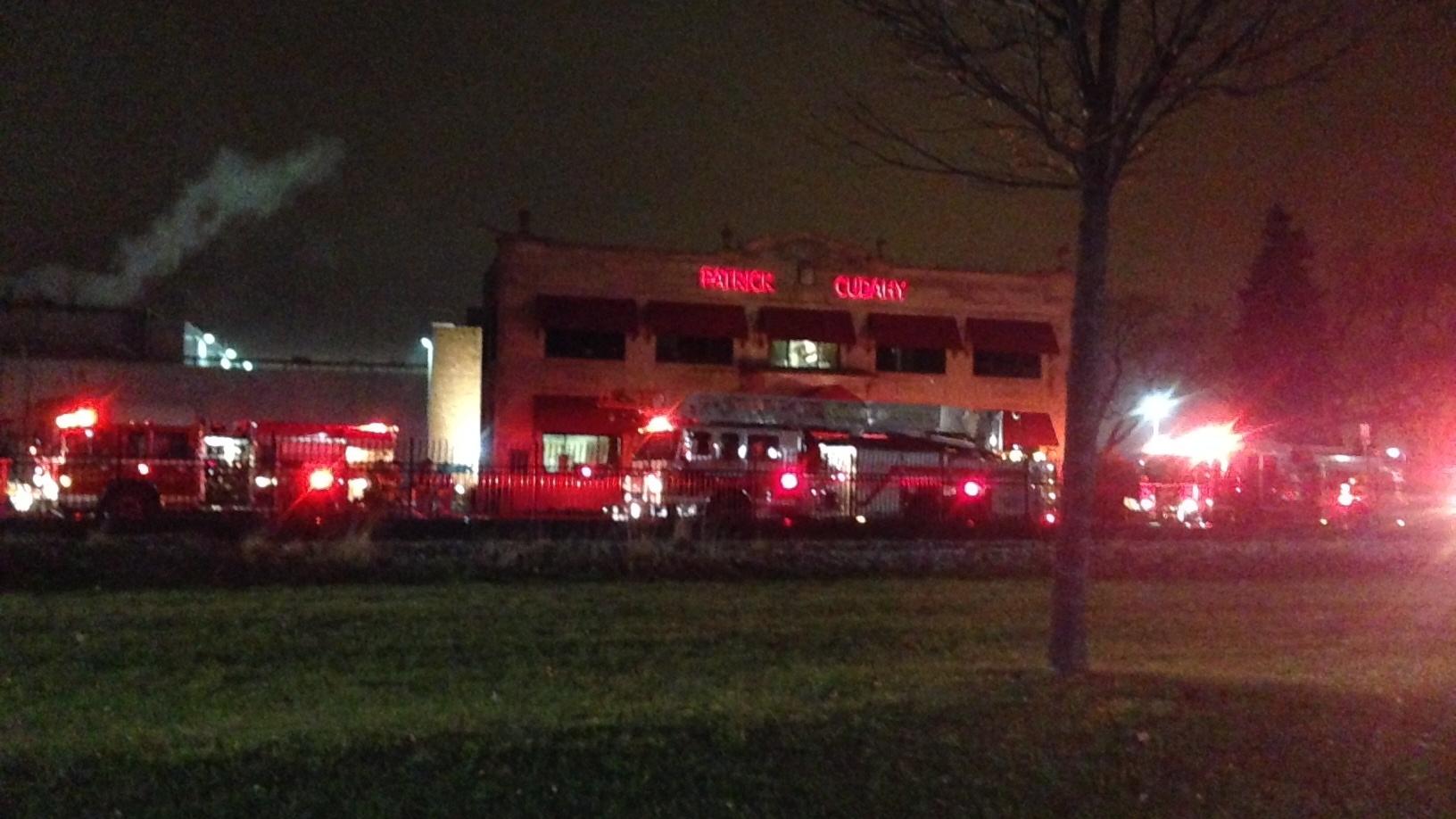 A small, smoldering fire filled the offices of  Patrick Cudahy with smoke early this morning prompting a call to the fire department.   Cudahy Fire Department officials say some recent plumbing work, where soldering was done, sparked the smoldering fire, which filled the office building with smoke.  Officials said it took crews a while to locate the fire which was in some hidden spaces behind walls.  The source of the smoke was found and the fire extinguished.  An estimate of the damage is not available.  Firefighters were first called to the Patrick Cudahy plant around 1:45 this morning and remained on the scene until about 4 a.m.