Fire Breaks out on Plane at Chicago Airport 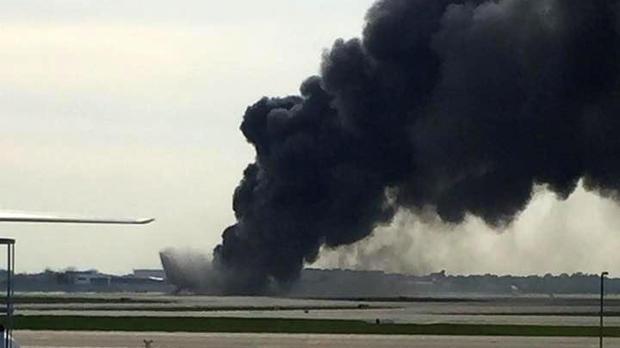 Federal Aviation Administration spokesman Tony Molinaro says American Airlines Flight 383 departed Chicago for Miami on Friday afternoon when it blew a tire and damaged an engine. Molinaro says the pilot aborted the takeoff and everyone evacuated. There were no injuries.

Television reports showed a large plume of black smoke coming from the Boeing 767, which appeared to be damaged at the rear. Evacuation chutes extended from the plane.

Chicago fire officials said on the department’s Twitter account that there was an extra-alarm emergency response at the airport for an “aircraft down.”