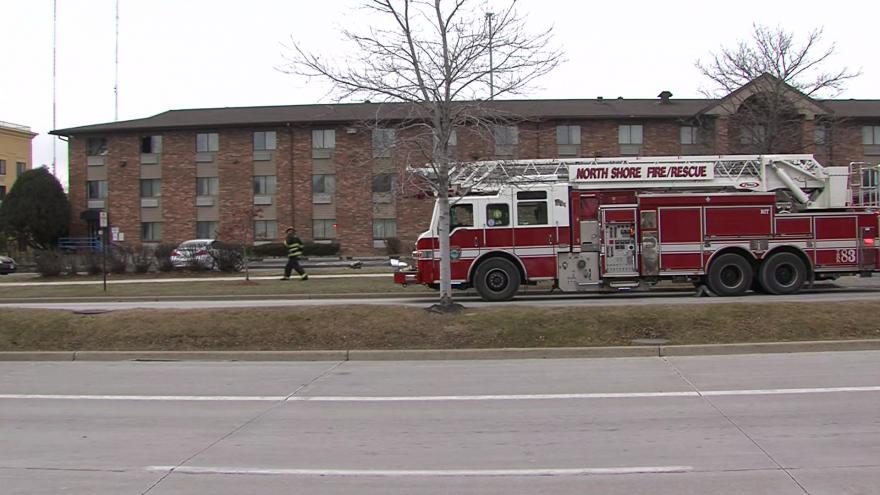 GLENDALE, Wis. (CBS 58) -- Glendale police say a suspect has been taken into custody in connection to an arson investigation, after fire broke out in a maintenance closet in Motel 6.

A criminal case will be presented to the Milwaukee County District Attorney's Office on Friday, Dec. 20 for felony charges of arson and first degree recklessly endangering safety.

The alarm came at about 11 a.m., sending the North Shore Fire Department to the motel on Port Washington Road.

Everybody inside the building was evacuated; some of them elderly and some in wheelchairs.

The fire was confined to a maintenance closet on the third floor and the sprinkler system helped crews control the fire quickly.

"Unfortunately one of the things that comes with fire sprinklers is a lot of water, because they're doing their job to put the fire out. So we're dealing with a lot of water damage. Not a ton of fire damage, it's just primarily contained to that affected room," said Capt. Dan Tyk, North Shore Fire and Rescue.

One occupant of the hotel reported a minor injury that occurred while evacuating the building. She was evaluated by paramedics on scene and declined transportation to a hospital. There were no other injuries reported.

Fire and smoke damage is minimal, but there is extensive water damage on all three floors due to the activation of the fire sprinkler system.

The preliminary damage is estimated around $100,000.

The exact cause of the fire remains under investigation by North Shore Fire/Rescue and the Glendale Police Department.