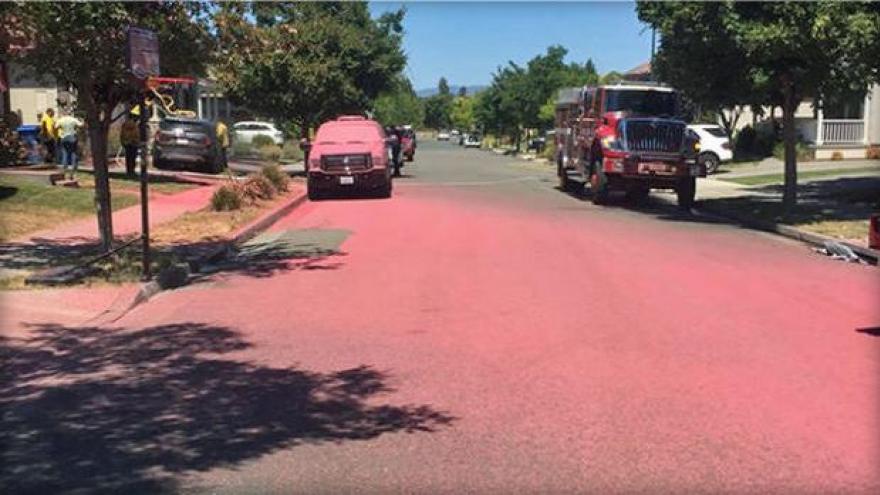 About 100 gallons of the liquid fell on about a dozen homes and cars in the 300 block of Decanter Circle in southwest Windsor, which lies within a flight path of the airport, Windsor police Sgt. Andy Cash said.

The Cal Fire plane was either heading to, or returning from, a fire call to Petaluma but was not needed after all, Cash said.

Pink fire retardant known as Phos-Chek is routinely used by aircraft in fighting wildfires and is about 85 percent water.

Cal Fire did not respond to calls about the incident Thursday afternoon.